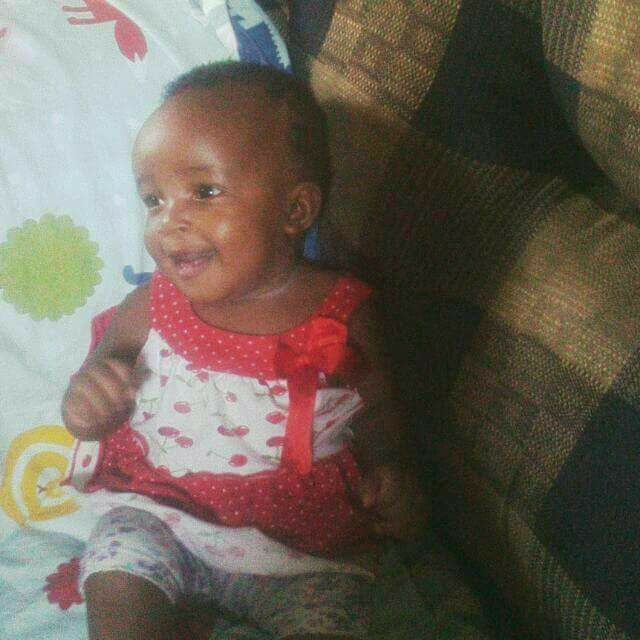 [dropcap]A[/dropcap] somber mood engulfed a Kisumu court as the mother of the late baby Samantha Pendo recounted events leading to her death. Ms Lancer Achieng broke into tears as she took the stand to give a blow to blow account of August 12, 2017 when her daughter was allegedly clobbered by the police.

The officers had been deployed in Kisumu to quell protests that sparked following the declaration of August 8 ,2017 presidential elections. Appearing before Kisumu Resident Magistrate Berily Omolo, Achieng said at around midnight a contingent of police officers broke into her brother in law’s house at Nyalenda estate.

Upon hearing cries for help, he woke up his husband (Joseph Abanja) and asked him to voluntarily open their door but he asked her to stay calm.

“Shortly after, we heard a knock on our door with the officers demanding that we open the door. One of them was heard saying that we had refused to open so they pushed the door which was weak and got space from where they lobbed tear gas in our house,” she told the inquest.

READ: All Kenyans to start paying for water

With everybody choking in the house, he told the court, her husband attempted to open the door but the officers had locked it from outside.

“My husband screamed and pleaded with them to open because there were children in the house and they did. They were eight in number clad in full combat gear. They immediately descended on my husband as I tried to find my way out with baby Pendo,” she narrated.

She told the court she pleaded with the officers not to hit her because she was carrying a small baby.

One of the officers who was standing at the door allowed her to pass but the second officer, she said hit her but she protected herself with the left hand and upon regaining position, another officer hit the baby.

“Pendo held onto me tight and on close examination I noticed the left side of her head was swollen and foam was coming out of his mouth. I started crying shouting that they had killed my child as I went back to the house where the officers were still beating up my husband,” she said.

The officers, she added continued to mock them with one of them asking her husband to do first aid of the baby.

SEE: Parents in court for piecing baby with needles

Achieng narrated how they struggled in the dead of the night to find medication for the six months old baby visiting three health facilities in vain. Several hours later, they managed to reach Agha Khan Hospital where the baby received first aid and was admitted at the Intensive care Unit (ICU).

Three days later she succumbed to her injuries while undergoing treatment at the facility. The hearing continues on February 23, 2018 with more witnesses among them senior police officers who were in charge of the operation expected to testify.

NEXT: Five things we do everyday that can spoil your ears