Tala Regional General Manager Ivan Mbowa. Just months after Tala celebrated its 5th anniversary, the fintech lender is promising a disruption of the digital lending sector as we know it.[Photo/Tala]

Just months after Tala celebrated its 5th anniversary, the fintech lender is promising a disruption of the insurance sector as we know it.

The company says that Kenys is a lucrative market for the sector since more than 70% of Kenyans have no formal insurance.

With this, the digital lender says that the market is ready for a revolution which will make the lives of millions better by offering a hassle-free service.

The pain of mobile money loans

But first, the digital lending sector in Kenya has been vilified with people claiming that the loans are being used on gambling. The loans are also, allegedly, leading to immense suffering for those who cannot service them.

A by Metropol Corporation mid this year indicated that more than 380,000 Kenyans have so far defaulted on loans taken from digital lenders.

This means that these defaulters have not financial literacy when it comes to borrowing, spending and servicing their loans.

With more than 7.6 million Kenyans taking loans from multiple mobile loan apps, across the board about 2 per cent default.

This leads to their being listed with the Credit Reference Bureaus (CRBs) in the country.

Over the past five years, Kenya’s digital lending landscape has changed dramatically moving from a free rein fintech regime to one that is seeking to self-regulate.

In June 2019, some 12 digital lenders in Kenya agreed that Kenyans could no longer access loans from multiple lenders if they were indebted to more than one mobile lending application.

This was announced when the lenders launched the Digital Lenders Association of Kenya (DLAK) which is meant to regulate the sector.

At the same time, DLAK wanted the CRBs in the country to aggregate borrowers’ credit history which could be accessed in real time.

With the default rates experienced before such a system is in place, high risk borrowers could get credit from multiple lenders without being flagged making it a zero sum investment for the digital lenders.

But things are changing, fast.

According to Tala Regional General Manager Ivan Mbowa, Kenya’s lending market has changed dramatically over the past five years coinciding with the start of digital credit.

Tala pioneered the first smartphone lending when it launched in Kenya as Mkopo Rahisi in 2014. The lender claims to be the first in the world to offer unsecured mobile lending directly to consumers.

So far, Tala has disbursed loans to over 2.5 million customers in Kenya and targeting 4 million globally in the ‘emerging markets’ where the lender has a presence. The company is in the Philippines, Mexico, Tanzania and targeting moving to India.

Mbowa says that with this ground-breaking feat, there have been a myriad of challenges as digital lenders try to navigate and chart a course in the fintech sector.

“Digital lenders have increased over that time and this brings to the table too much credit and financial literacy needs that have not been addressed. Also, some of the digital lenders have been engaging in unprofessional practices especially on collections which led us to forming the lenders’ association,” says Mbowa who is also DLAK’s director.

Mbowa says that Tala has maintained a lifetime repayment rate of over 90% and Kenya is the company’s largest part of their market and it remains their best investment so far.

He adds that Kenya is Tala’s most mature market with the highest number of customers where they generate the ‘greatest amount of impact’ in terms of the loans disbursed quickly pointing out “that’s not to say there aren’t other attractive markets”.

With an edge of having been a pioneer in the digital lending space, Tala says that it will continue innovating.

These innovations includes insurance and other aspects that will empower the company’s customers.

“We pioneered digital credit and going forward in the next five years we need to see where else fintech can play a role in other parts of financial services including payments, savings to insurance.”

On giving back to the community, Mbowa says they have launched a platform to offer financial literacy to customers. This is to help their customers make the right decisions when it comes to spending and repaying the loans they get from Tala.

There have been claims that most Kenyans have been taking for gambling but Mbowa says that their statistics show that most of their customers take loans for small businesses.

75% of Tala loans are spent on businesses for working capital purposes with the 25% going to personal needs.

“We don’t quite have the clarity on that as we do on the business part. There is a bit of market misconception on what digital credit is doing and who is using it. There have been accusations that it is fuelling sports betting but we don’t have evidence to support that,” he adds.

Currently, Tala is piloting a micro insurance product with Turaco which Mbowa says is still in the early stages.

Despite the apathy towards insurance in Kenya, he adds that tech will be a large part of the insurance product eliminating paperwork.

Customers could have the processes completed in 48 hours.

Mbowa says that the insurance sector is greatly underserved and thus jumping into the sector targets the majority of Kenyans who are not formally insured.

He says that with their tech-savvy approach, customers could be able to make their claims on WhatsApp eliminating the hassles experienced with old school insurance models. 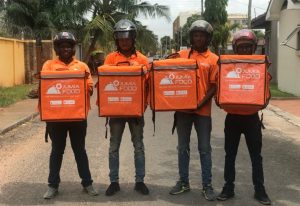