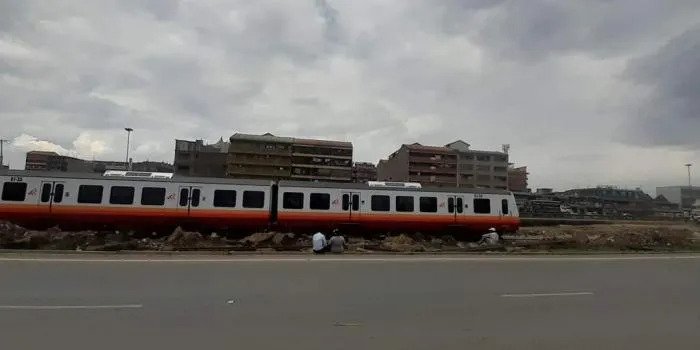 The Nairobi Commuter Rail service appears to be closer to taking off after one of the recently imported Diesel Multiple Units (DMU) was spotted on the tracks on Tuesday, October 27.

Imported from Spain, the DMUs are central to a plan by Kenya Railways and the Nairobi Metropolitan Services (NMS) to have two million city residents using the service monthly by 2022 up from the current 30,000.

One of the Kenya Railways-branded DMUs was pictured at the Nairobi Central Station, offering a glimpse into what the service could look like once fully operational.

The Nairobi Metropolitan Service (NMS) also took to social media to tease the official launch, with a series of messages asking city residents to get ready for the end of traffic jams.

The plan is for 11 DMUs to service routes from the Nairobi Central Station to Syokimau, Embakasi Village, Ruiru, and Kikuyu.

The NMS announcement saw a section of Kenyans engage on the merits of the new service, with many hoping it would deliver the efficiency and cost-saving it promises.

Works have been ongoing on stations around the city, including Central Station as part of the plan to decongest Nairobi.

Among other things, footpaths around the station have been paved after years of neglect.

Notably, the commuter rail service plans on tying into the Bus Rapid Transport (BRT) system to help get commuters from stations to their destinations.

“With a single ticket, you will get to hop out of the Diesel Mobile Unit (DMU) at Nairobi Central Rail Station and into the Nairobi commuter rail bus to your destination,” read a statement from Kenya Railways.

The situation has fueled uncertainty in the matatu sector, particularly with renewed efforts to kick all matatus out of the Central Business District (CBD)