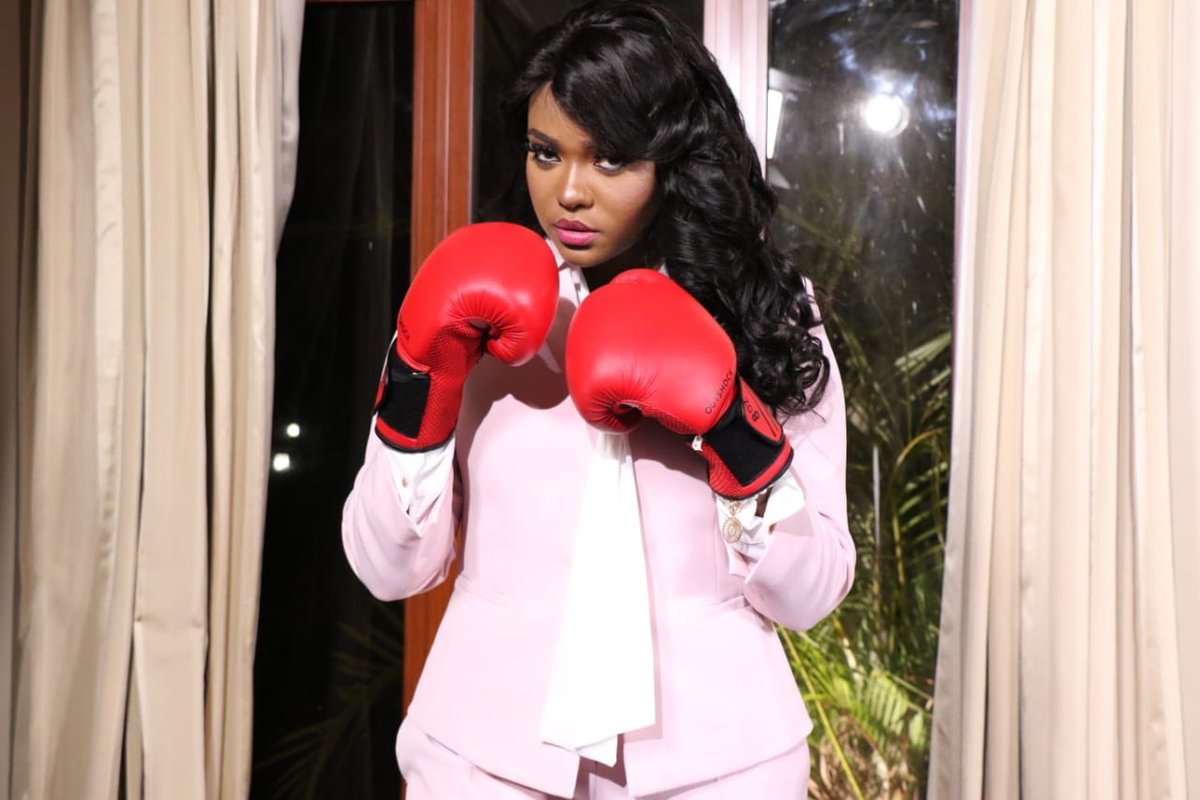 Anne Kiguta during her stint as host of 'Punchline' on K24. Kiguta quit the show on December 6, 2020 citing disagreements over the editorial process.

The now-famous set featuring a red punching bag and a pair of matching boxing gloves was first introduced to K24 viewers when the show premiered in September 2019.

It was anchor Anne Kiguta’s debut on K24, having quit Royal Media Services (RMS)-owned Citizen TV only six months earlier. Punchline with Anne Kiguta was a sure ratings draw, and, indeed, it quickly became one of K24‘s most watched shows.

It featured hard-hitting interviews with figures in politics and governance, as well as stinging editorial comments on current affairs.

Fast forward to December 6, 2020 and Kiguta announced her exit from the show on her social media pages, citing disagreements over the editorial process. Her move immediately sparked questions on what would happen to the show.

Interviews with highly-placed sources at Mediamax including in the Macharia Muhoho-led production team offered Business Today a glimpse of what the future of Punchline looks like.

Allan Abinadab Owino has been standing in as host of Punchline since Kiguta’s exit. The anchor joined K24 from Simon Gicharu-owned TV47 in June.

It emerged that senior management at the station had no intentions of dropping the Punchline brand. They plan on working closely with Ann’s former Producer on Punchline, Macharia Muhoho.

The name and style of the show, one on one interviews and in-depth analysis, will also remain.

Macharia is the key figure behind Punchline. He holds two Bachelors degrees, from Makerere University and University of Nairobi (UoN), in Physics and Development Communications respectively.

Owino is said to enjoy a good working relationship with Muhoho who produces a slate of key shows at the station.

Decision makers at K24 are, however, alive to the fact that in terms of name recognition and brand strength, factors that help when looking for ratings, Ann Kiguta and Allan Owino are worlds apart.

Owino is expected to continue hosting Punchline until at least the end of the year, but there is a possibility of a new anchor being hired for the show. A source, speaking on condition of anonymity, stated “that conversation will probably be had in 2021”.

Notably, details emerged on how the friction between Kiguta and Punchline producers was tied to the editorial process.

Macharia is said to have been keen on booking guests noting that it is among his roles as a producer.

Kiguta, on the other hand, had gone public in October when she slammed her bosses for cancelling an interview she scheduled with Kiharu MP Ndindi Nyoro.

“We at Punchline invited the fiery first-time legislator Ndindi Nyoro on the programme. The Kiharu legislator, as you well know, is a staunch defender of Deputy President William Ruto who has cast his aspersions on the BBI process. That interview has been cancelled,” Kiguta wrote at the time.

While announcing her resignation on December 6, Kiguta stated that her decision was guided by the Code of Conduct contained in the Media Council of Kenya Act.

The political show has had to battle aspersions that it is biased against Deputy President William Ruto.

Sources, however, insisted that contrary to popular belief, producers were keen on ensuring sobriety and producing the show in line with their style and rules.

What became apparent is that K24 has big plans for Punchline, with the station banking on a slate of prime-time shows to drive growth in 2021.