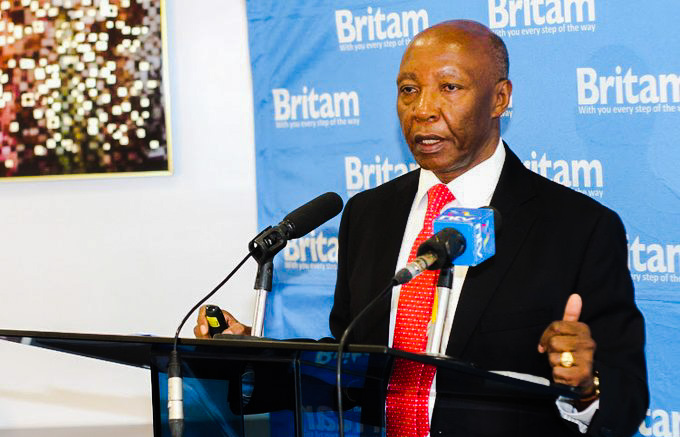 Benson Wairegi’s stay in office was extended beyond the Britam CEO’s retirement date of December 31, 2020.

The move is reportedly meant to allow the company more time to recruit a suitable successor. Wairegi has worked at the Nairobi Securities Exchange-listed firm for 40 years.

Having previously spoken of his retirement plans, news of his contract extension came as a surprise to many.

The extension is expected to ensure a smooth transition as Wairegi hands over the mantle. The company may also be leveraging his expertise and track record as it looks to create value for shareholders.

Details including the duration of Wairegi’s contract extension remained unclear, with the insurer promising to name a new CEO in due course.

Wairegi joined Britam in 1980 as a Chief Accountant, three years after starting out at PriceWaterhouseCoopers as an audit trainee.

A story is often told of how a Ksh600,000 set him on the path to financial success.

He was among Kenyans who capitalized when, in 1984, regulators directed that all foreign-owned insurance companies sell at least 33.3% shareholding to Kenyan nationals.

Wairegi took out a KSh600,000 personal mortgage against his house and bought a 3.3% stake in Britam.

When Britam’s share price hit highs of Ksh40 in 2014, Wairegi’s stake was worth Ksh1.7 billion.