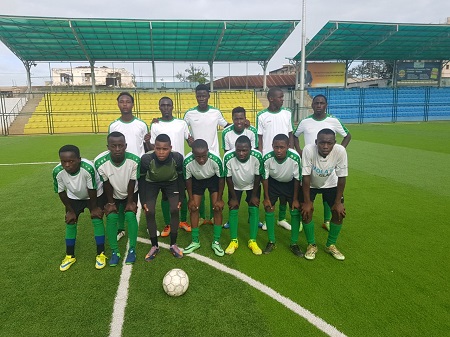 Under 19 football players under The German School Football Centre pose before a match in Mombasa. Global talent linkage organisation World Wide Scholarships (WWS) has opened an office in Kenya.

WWS Chief Executive Munya Maraire said having a physical presence in Kenya and East Africa is a strategic move for WWS as Kenya is a nation budding with international levels of sporting talent from top Olympic athletes to World champions such as marathon runner Catherine Ndereba.

Maraire says that he has a keen interest in being the catalyst to bring top Kenyan talent through to the NBA in the United States, and is interested in visiting the Maasai tribe – a group that naturally grows to a height of 6ft 3 and who jump consistently as a matter of culture.

WWS has been in operation for over 18 years and is Africa’s leading scholarship, development and opportunity linking organisation and is the only scholarship agency in Africa that is (National Collegiate Athletic Association) NCAA accredited in the sport of basketball and American football making it the go to company for top USA based universities.

Maraire says that despite the ongoing COVID-19 pandemic the camp was well attended, and 30 players have been identified for overseas opportunities.

WWS hosts regular talent identification camps and has linkages with a number of major sporting organisations, such as AC Milan through the Lombardia Uno group.

The next WWS Scout Camp will take place in Kenya in the first quarter of 2021 to focus on East African talent.

“I wanted to allow young African talent to get a foot in the door and to have the opportunity to explore scholarships and professional contracts abroad. To date we have placed more than a thousand young Africans in scholarships – mostly in the US – where they have a chance to compete and train with the world’s best,” concludes Maraire.

See Also>>>> The Health Benefits of Engaging In Sports