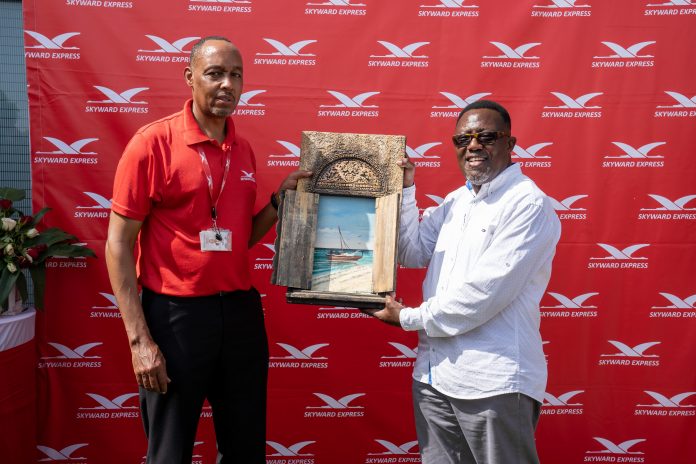 Skyward Express has launched a flight from Nairobi, Wilson Airport to Malindi, Malindi Airport. The carrier had its inaugural flight on February 10th, 2021.

The airline already has flights to Eldoret, Lamu, Lodwar, Mombasa, and Ukunda.

The opening of the Malindi route completes an important piece for Skyward Express’s network, cementing its position as one of the leading local carriers.

Skyward Express hopes that the milestone will be well received by the tourism sector, which has been pushing domestic tourism as a recovery measure following the decline in foreign guest arrivals linked to the Covid-19 p******c.

The airline will also operate short flights connecting Malindi and Lamu at KES 2,950.

“This is an exciting and pivotal moment for us. It fits within our strategy to enhance the local tourism network and to open up Malindi further to local traffic.

“We are honoured to contribute to the growth of the tourism sector in Malindi and the neighbouring towns such as Watamu and Mambrui,” said Skyward Express Chairman and CEO Captain Mohamed Abdi.

Captain Mohamed said that the decision to fly to the new destination was strategic.

“Malindi is a leading tourism destination, globally acclaimed for its pristine beaches and unique cultural sites.

“By flying to Malindi, Skyward will be hoping to tap the anticipated increase in traffic to Malindi and Watamu that local tourists have been frequenting in the last few months,” said Mohamed.

The airline will operate its state of the art Dash8 q100 with a seating capacity of 37 passengers.

The flight will depart every day from Skyward’s Wilson airport hub in Nairobi at 14:10 arriving at Malindi Airport at 15:20. From Malindi, it will depart at 17:10 landing at Wilson Airport at 18:20. The flight duration will be 1 hour 10 minutes.