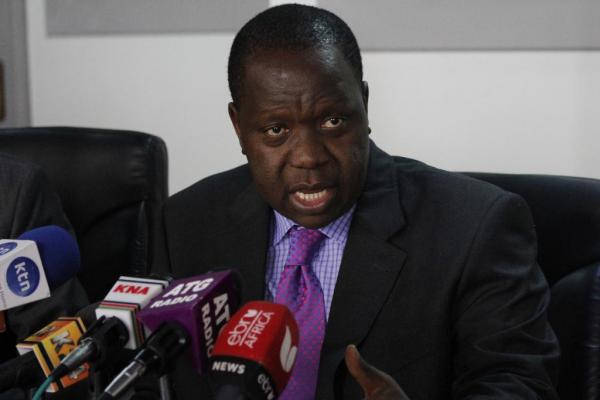 The CS has also outlawed visiting days and social activities such as mass prayers during the third term in a bid to prevent cheating in the exams. There will also be no mid-term break in third term. “There will be no prayer sessions for candidates as has been the case in previous years when parents and outsiders visited schools during the third term,” said Dr Matiang’i.

The announcements were criticized by a cross-section of Kenyans leading the minister to clarify.  “Activities such as annual general meetings will be conducted in the first and second terms of the schools calendar year. Prize giving, thanksgiving and prayer days for candidates will be done in the second term,” he said.
And for the first time in the history of national examinations in the country, the Kenya Certificate of Primary E*******n (KCPE) candidates will sit for their papers before their Kenya Certificate of Secondary E*******n (KCSE) counterparts. KCPE exams are set to start on November 1st and end on November 3rd.

KCSE examinations will the start on November 7th and end on November 30th 2016 – a period of just three weeks.

However, it remains to be seen whether the drastic changes will improve performance and reduce cheating. Last year, there was massive chearing that led to, among others, a major overhaul of the Kenya National Examinations Council (Knec) following a p***e led by Matiangi and his Interior counterpart Joseph Nkaissery on the orders of President Uhuru Kenyatta.

The CS also offered the country an apology. Most of the leaked papers were circulated on WhatsApp, making it difficult to control.

In a bid to reduce cheating, Matiangi also announced that school heads will be in charge of the exams in their respective institutions at a pay. Previously, supervisors and invigilators were sourced from outside.