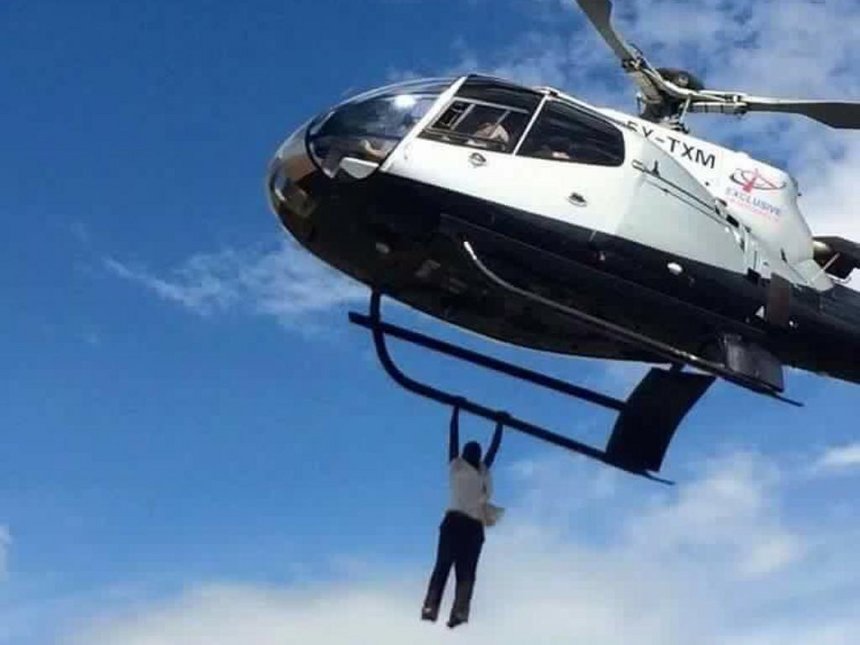 ‘James Bond’ Saleh Wanjala, the man caused a stir after hanging on a chopper carrying the remains of s***n businessman Jacob Juma in Bungoma, has been charged with willfully and negligently imperiling the safety of the aircrew.

He was, however, not charged with attempted s*****e as earlier speculated. The decision to charge him came despite pleas from, among others, Bishop Beneah Salala of Anglican Church of Kenya (ACK) Mumias Diocese  to the government not to charge the 41-year-old man. If found g****y, the Civil Aviation Act 2013 imposes a fine not exceeding Sh2 million.

Wanjala appeared before Principal magistrate Stephen Mogute and denied the charges. He was given a free bond but the police were given more time to amend the charge sheet to determine the bond term he should be given. The case will be heard on Friday .

Wanjala, who broke his backbone and the right hand during the i******t, was wheeled to the court compound with the assistance of police officers and his close relatives.

The magistrate asked the police to take the accused person back to Bungoma County Referral Hospital to continue with his medication.

– Additional Reporting by the Standard.