The Alma Phase I. Photo/Kevin Namunwa

Rt Hon. Raila Odinga on Thursday 18th July 2019 officially handed over the keys to buyers of Cytonn Real Estate’s The Alma Phase 1. The Alma, a residential development in the rapidly growing Ruaka town, cost a total of Ksh 4.5 billion.

Apart from Rt Hon. Raila Odinga, other top individuals that graced the event including Kiambu Governor Hon. Ferdinand Waititu, Housing and Urban Development Permanent Secretary Charles Hinga, Kiambu County Commissioner Mr Wilson Manyanga and area MP Paul Koinange. The Alma is the most recent project to be handed over by Cytonn following last year’s completion and handing over of Amara Ridge in Karen.

In his speech at the event, Rt Hon Raila Odinga talked of the works he planned for back when he was the minister for roads and housing. Raila said that he was the originator of the building of by passes in Nairobi. It is thanks to this developments that Ruaka came to grow because of its proximity to the city centre.

In his address, Hon. Odinga said “I am proud to be part of this historic moment. It gives me hope when I see people working hard to produce world-class products. It is the only way Kenya will continue to grow. There is real gain in having citizens own homes. The completion of Alma Phase 1 is an example of what we can achieve when the government and private developers work together.”

PS Housing and Urban Development echoed the former Prime Minister’s words saying that working with the private sector to see the country achieve affordable housing has always been his priority.

““As you all know, housing is a big priority for the government, and we continue to work with companies like Cytonn to achieve that goal. Our job as the government is to create a conducive environment for developers,” he said. “The Government and all subsequent players must dedicate adequate resources to building more and more homes.  We can fulfill this obligation even faster if the economy grows.”

Speaking at the handing over event, Cytonn Group CEO Edwin Dande emphasized the firm’s dedication to providing quality developments and explained the whole process that led to the building of The Alma.

“We wanted to build the best apartment community that has ever been so we had to get every detail right. We chose Ruaka because it is the only place in the country that has over 95% house occupancy (Most areas in Nairobi have an 80% house occupancy),” Dande remarked.

“A lot of research went into our decision to build The Alma. As the town grows, there is increased demand for housing with superior amenities, great finishes and strategic location. You get all of this at The Alma. The fact that all the Phase 1 homes have been sold is a testament to that,” Dande added.

[See also: Cytonn boss talks of what it takes to become a CEO] 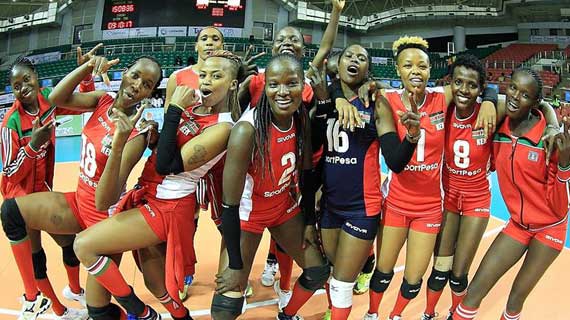