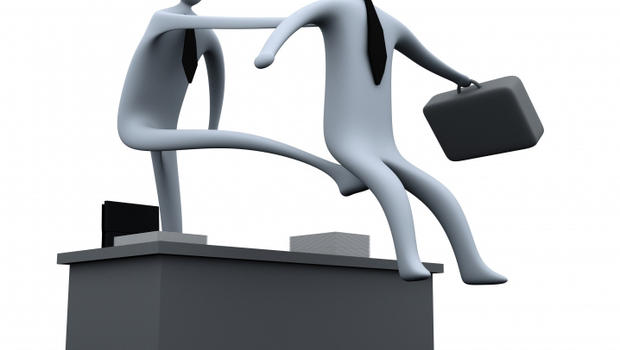 It’s difficult to sack any employee, even harder when that person isn’t doing something blatantly wrong.

Before founding Pandora, the most hiring Tim Westergren had ever done was to recruit four people to play in a rock band.

“You start with a handful [of people],” Westergren says, “and you quickly get comfortable with the process.” In its earliest days, Pandora’s staff could be counted on two hands. The company continued to grow and went public in 2011. Revenue in 2014 was just north of $920 million and its ranks have swelled to around 1,700 and counting.

Along the way, Westergren says he discovered the process of hiring, even in heavy growth phases, wasn’t rocket science. “You learn and adapt and things become the new normal,” he says.

Westergren credits the company’s mission for both attracting and retaining talented people. “There’s not a single person I’ve spoken to,” says Westergren, from analysts to engineers that hasn’t “lit up” at the prospect of working at a place that drives such goals.

That said, losing people and letting people go is a reality at Pandora, just the way it is at any other company. “Companies at different sizes are hospitable and attractive to different kinds of people,” says Westergren.

When the position (or company) changes

For example, he explains, there is the person who is completely inspired when they’re sitting among the founding team around someone’s dining-room table. Once the company grows and their responsibilities change, they hit a wall, says Westergren. “There were literally people who didn’t want to manage anybody,” he points out.


Then there are those who thrive in the second phase, where the company is still nimble and they are not in on every decision, but still feel very involved. Finally, says Westergren, there are those who don’t function well when the company reaches the size where it needs to develop more organizational structure and processes for doing business. “Going corporate is the buzzword,” says Westergren, “but I think this is code for ‘not the kind of company I want to be in.’”

If they don’t opt out themselves, Westergren says, and bump up against the limits of their capabilities, you have to find a different place in the company or help them find another opportunity. Or there are those talented individuals who Westergren hung on to long after they stopped performing at 100%, because he says, “Even at 80% they are worth two average employees.”

Letting someone go is hard in either case, Westergren observes. Even though he’s parted ways with “virtually everyone from the early years,” Westergren confesses, “each time, it’s kind of a shock.”

For those who left on their own, Westergren admits to thinking he believed they’d be at Pandora for life, not to mention the fact that it takes some doing to learn how to be without the original staff who are very important to the company’s narrative. “They are your cultural ambassadors,” he explains.

Deciding to let someone go

The first thing he advises is “don’t be afraid of it.” Westergren believes that one potential trap is the belief that the roof is going to cave in if this person leaves. “That almost never happens,” he contends, “Especially as companies get larger, there are a lot more people holding up the tent and any one individual has proportionately smaller impact,” he says.

The second thing is to be very thoughtful about evaluating what would happen if that person were to stay on. “If you have someone who is restless and unhappy, they are looking to change what they do within the company or change something about their role, you need to decide the right thing to do,” he says.

Telling someone they are not ready for the next level is a hard conversation to have, Westergren admits, even if the decision is to allow the person to stay and try to change. He suggests setting clear parameters and goals for growth that will be evaluated in six months. If the employee doesn’t reach them, he says, “We are going to part ways.”


Though angst-producing for the manager and the employee, Westergren maintains, “You do a terrible disservice to everyone in the company,” if you create double standards for certain people that are not in the best interest of the business. “That is trap companies fall into by holding on to people too long,” he says. (Fast Company)