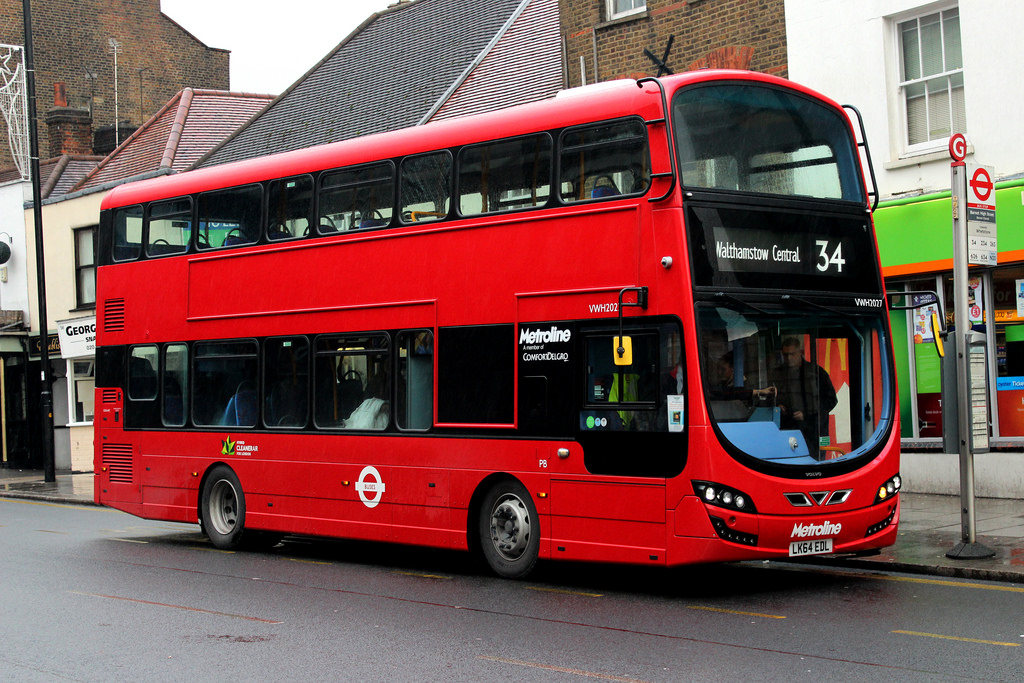 Police in London arrested a man on suspicion of pushing a woman into the path of an oncoming bus while jogging. [see video below]

The 50-year-old was arrested Thursday morning on suspicion of causing grievous bodily harm at an address in the affluent Chelsea area, a Metropolitan Police statement said. Police have released the man after questioning him, though he remains under investigation.

Video footage of the May 5 incident showed a male jogger knocking the 33-year-old woman onto the road as she walked across Putney Bridge, on the River Thames.

The bus is seen swerving and narrowly missing the woman.

Police said the victim received minor injuries and that passengers on the bus came to her aid.

The jogger returned 15 minutes later as he made his way back across the bridge but did not acknowledge the victim when she attempted to speak with him, according to police.

Officers received “a good response” from the public after releasing the footage, police said.

“The victim was put in extreme danger when she was knocked into the road. It was only due to the superb quick reactions of the bus driver that she was not hit by the vehicle,” said Sergeant Mat Knowles, the investigating officer from Putney Safer Neighbourhood Team, in an earlier statement.  (CNN)