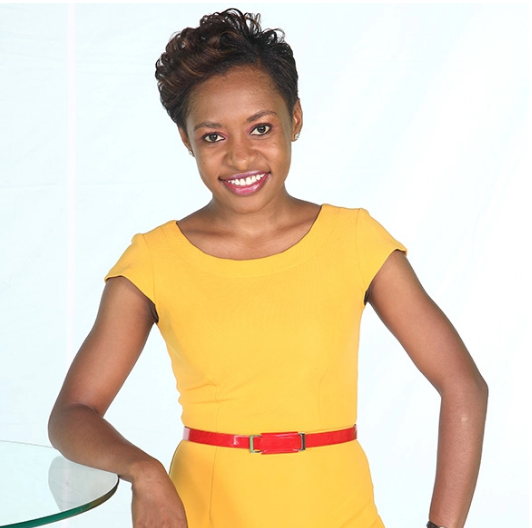 Mashirima Kapombe is the latest in the glittering constellation of stars that is being assembled by Royal Media Services as the KTN Kiswahili news anchor is set to join Citizen TV.

Business Today understands that Kapombe will fill the void left by Kanze Dena, who left the Maal-m Juma-based media house off Dennis Pritt Road to move a few metres to the house on the hill at State House Road. She is also set to boost Citizen TV’s Kiswahili desk as Lulu Hassan will shortly proceed on maternity leave.

Known for her long-form feature stories, Kapombe will also reunite with former colleagues Joe Ageyo and Yvonne Okwara who are also part of the Dream Team that is steadily forming at the S.K. Macharia founded media firm amid reports it may launch a new 24-hour news station.

Kapombe is set to join Ageyo, a former KTN Managing Editor, whose departure from the Mombasa Road-based station, openly struck her.

“Bitter sweet moment… Happy for him. But sad that he won’t be a few steps away from my desk anymore. Joe Ageyo, words fail me. The “kiwaru” in my throat… balancing tears… Thank you for believing in me. God bless you in your next assignment!” she wrote in a farewell tribute.

A Daystar University alumni where she developed her broadcasting skills via the varsity’s Shine FM radio station, Kapombe has also previously worked at KBC, Q FM and NTV. She has been a Kiswahili news anchor and human interest features reporter at KTN since February 2013.

Already, Citizen TV has lured Jamilla Mohamed, Rashid Abdalla and Nimrod Taabu from Nation Media Group to cover the departures of Dena and Salim Swaleh, who is now on his way to NMG’s NTV. The formidable desk also incorporates Hassan, Mwanahamisi Hamadi and Swaleh Mdoe.

This ensemble group of Swahili editors, reporters and anchors is part of RMS’s beauty and brains dream team, which has seen the media house raid their rivals in recent months in what is believed to be a quest to regain the lofty TV ratings that Citizen TV used to enjoy. Viewerhip statistics show that the broadcaster used to outperform its competitors by garnering an average of around 50% share of Kenya’s audience. This has reduced to around 33% over the past two years and while the station still remains in top spot, it wants to scale those highs again.

No wonder then the likes of Kaikai, Ageyo, Okwara, Taabu, Victoria Rubadiri and Enock Sickolia to mention but a few have been added to the already stellar cast that includes Jeff Koinange, Waihiga Mwaura, Hassan Mohammed, Anne Kiguta and Lilian Muli.