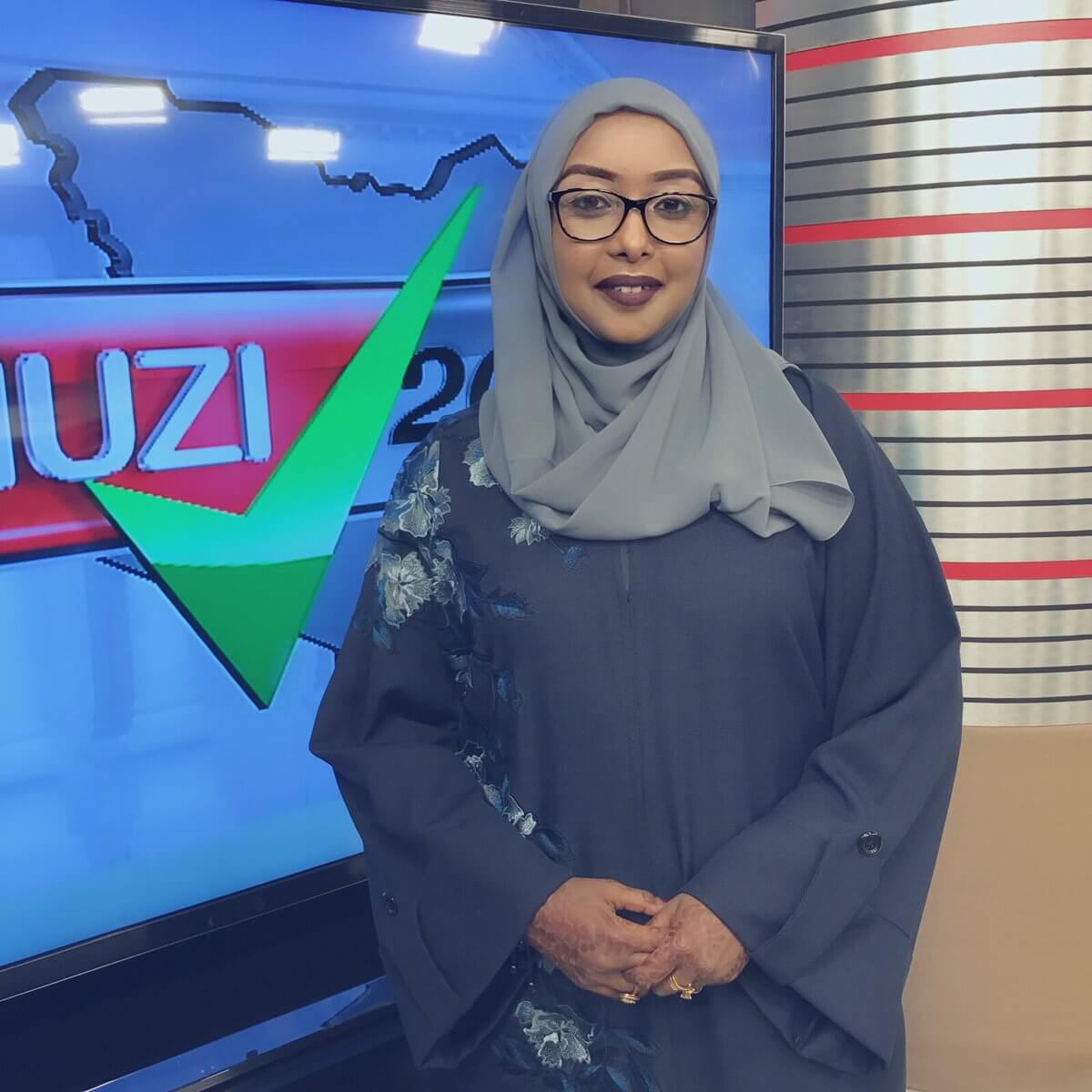 NTV Kiswahili news anchor Jamila Mohamed has quit Nation Media Group. Jamila is said to have resigned from the television station and has been serving notice, which ended yesterday.

Her exit comes two weeks after NTV General Manager Linus Kaikai left the company under pressure from management. Jamila, known for her soft voice and good command of Kiswahili, broke the news of her departure during Wednesday’s NTV Jioni bulletin, where she announced last evening that it was her last appearance.

Jamila, who was in charge of Kiswahili programming and content development at NTV, is joining Royal Media Services, where she will take up the role of managing editor for Swahili services, a position that is being held by Swaleh Mdoe in acting capacity.

Jamila had been appointed Managing Editor of QTV in 2015, but returned to NTV just in time before QTV was shut down in June 2016 restructuring, saving her from being declared redundant. She joined NTV as a reporter in 2002 and was one of the longest-serving news anchors on the channel.

At Royal Media she will be in charge of Citizen TV Swahili programming as well as Radio Citizen, which broadcasts in Kiswahili. Her entry at RMS is being seen as a warning s**t to Mdoe, who recently put the media house on the spot when he announced that he was selling his kidney for Ksh2.5 million to sort his financial problems.

He later established a Safaricom pay bill number for wellwishers to send in donations. The company’s owners are said to have been offended by the move and unsuccessfully tried to get him to retract the appeal. Mdoe reportedly owes four banks various amounts of loans and has had to let go off his Mercedes Benz.

READ: Swaleh waits with crossed fingers for Kenyans to help save his kidney

Mdoe was demoted last November from managing editor to an anchor due to reasons related to work ethics, insiders at Royal Media say. He was acting as managing editor pending a substantive appointment and with a new boss in, he could be axed any time.

Meanwhile, Royal Media is understood to be targeting more talent from NTV, with eyes now set on Pamela Asiga, who was in January promoted to position of NTV editor, reporting directly to Editor-in-chief Tom Mshindi. It is not yet clear if they have reached a deal, but if it happens NTV will be virtually depleted after the exit of Kaikai, Emmanuel Juma and Jamila Mohamed.