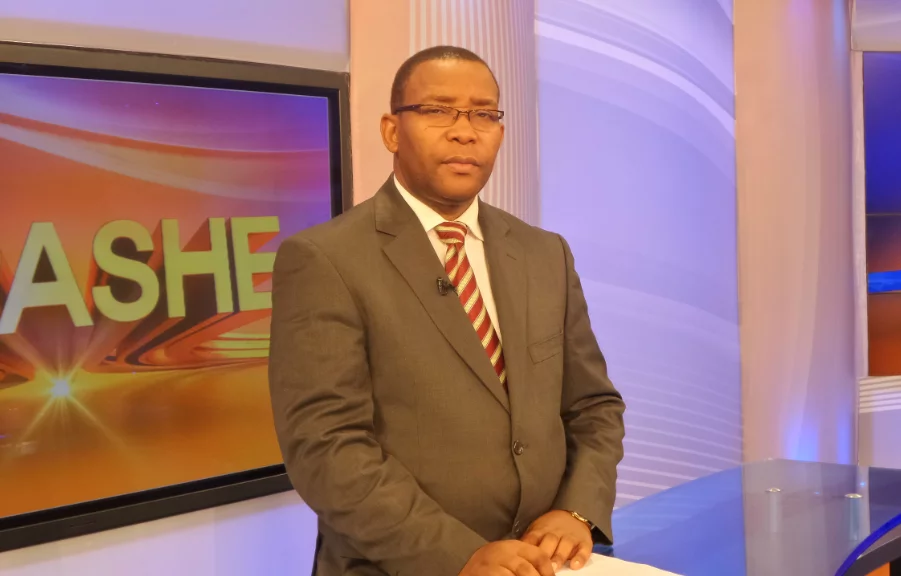 Citizen TV Swahili news anchor Swaleh Mdoe is crossing his fingers as he waits on Kenyans to help him raise at least Ksh2.5 million to save him from auctioning his kidney. The journalist shelved initial plans to sell his kidney – which he had priced at Ksh2.5 million and claimed had attracted several inquiries – after what he says were appeals from well-wishers willing to assist him sort his financial problems.

Swaleh, who is also the Kiswahili Managing Editor at Royal Media Services, last week set up a pay bill number for the fundraising. “Kufuatia wito wa watu wengi walionipigia simu wakiniomba nisiuze figo yangu bali watanichangia pesa kidogo, nimekubali na nimepata pay bill No. 458345 (following appeals from many people who called asking me not to sell my kidney and pledging to donate some money, I have accepted and set up a pay bill number,” he said.

The presenter followed the pay bill number launch with several tweets appealing to the public to donate. Quoting Tibetian spiritual Leader, The Dalai Lama, at one time he wrote: “Caring for others and sharing their problems lays the foundation for a meaningful life.”

One week later, Mdoe has yet to update Kenyans on whether indeed well-wishers have responded positively and how much he has managed raised. If he doesn’t raise the amount, he may be forced to return to the organs market to dispose of his b***d filter.

Mdoe says he has pressing financial needs that would require Ksh2.5 million to offset. Mdoe’s announcement came just after Louis Otieno, a former TV presenter, issued an appeal to raise funds for ear surgery in India to restore his hearing.
Mdoe said he had consulted his doctor’s on removing one of his kidneys who gave him the go-ahead to do so. He said he resorted to selling his body organ instead of raising cash through i*****l means.

Kenya legalized selling of body organs in 2017 after President Uhuru Kenyatta assented to a bill allowing Kenyans to sell or donate their organs.

NASA leaders have pledged support both Louis Otieno’s and Swaleh Mdoe. Speaking during ODM’s National Governing Council meeting held recently, Mbita MP Millie Odhiambo said that the coalition would do whatever it can to help the two.

Louis lost his hearing while undergoing treatment for acute pancreatitis and is now in need of electronic ear implants that will cost him approximately Ksh4 million. “We want to encourage him not to sell his kidney… We are going to join with his family and friends to see what we can do to help,” she added.