Dr Bitange Ndemo with former US President Barack Obama. Dr Ndemo says that value addition is the way to go with the government playing a role by creating incentives to attract investments. [Photo/Medium]

With much pomp and aplomb, the Konza Technology City was launched in 2008 as a key flagship project of Kenya’s Vision 2030 economic development portfolio.

At the time of the launch, Konza was hailed as a sustainable, world-class technology hub which would become a major economic driver for Kenya.

The conception behind the technopolis was that Konza would capture the growing global Business Processing Outsourcing and Information Technology Enabled Services (BPO/ITES) sectors in Kenya.

In 2010, the BPO/ITES business produced US$110 billion in revenues.

Projections were that the BPO/ITES revenues would increase three-fold to US$300 billion by 2015 and with Africa attracting only about 1% of the total revenues accruing from this growing industry by then, Kenya was positioning itself to attract a share of it and grow the continent’s stake.

Then, only a few African countries, including South Africa, Egypt, Morocco, Ghana and Mauritius, had developed their BPO/ITES industries to some level and Kenya was looking to join their ranks.

With Nairobi already boasting of a robust tech industry then, Kenya had a unique opportunity to capture a sizable amount of the growing global BPO/ITES industry and improve the economic status by a leap.

12 years later, however, Konza is still a dream. A wish and a hope that has been delayed for far too long that those who would have benefited the most from it have already given up hope or moved on to other things.

Interestingly, Ethiopia which has been riddled by poor governance issues for decades made a leap of faith and borrowed the Konza Technopolis concept and ran with the idea ending up with a business employing close to two hundred thousand Ethiopians.

Dr Bitange Ndemo who was the ICT PS during the early stages of the technopolis says that Ethiopia’s success story came from the country implementing the concept they had borrowed from Kenya through their Prime Minister then.

“When Ethiopia PM came here, former President Kibaki told me to share with him what we were doing. I shared with him the Konza City blueprint. Ethiopia went and implemented Hawasa which is now contributing over 60,000 jobs heading to 200, 000,” said Bitange Ndemo during an interview on NTV.

While Konza is not a lost opportunity, yet, Ndemo says that value addition is the way to go with the government playing a role by creating incentives to attract investments.

Bitange adds that in addition to the challenges Kenya is experiencing, the hostile taxation regime is costing the country several opportunities denying many people jobs since companies are opting to invest in other countries. He attributes the high unemployment to the lack of creating value and sharing knowledge.

“God has been good to Africa and given us a lot of time but if we don’t deal with the issue of unemployment whether you have money or you not, you are at risk. If these young people don’t get jobs they will come for you,” he says.

He adds that we can create value from things that are being wasted but unfortunately there is no such space in Kenya unless one volunteer to do such things.

Ndemo notes, “We can actually create jobs and I’ve alluded to this when I’ve said that we can create value out of things that are being wasted and that is where the jobs come from. We can create value in creating ecosystems where people can share knowledge and learn from others. That is where jobs are created.”

A statement on the project’s website notes that Phase 1 will include the construction of an interchange with the A109 and a system of attractive, multimodal boulevards which will provide access to all users.

In total, the project covers 410 acres which are supposed to have a university, residential area, life science, offices, retail, cultural centre, parks transportation and other public spaces including a mixed-use setting.

“Konza will be a walking, biking, and transit-friendly city. A bus transit network will provide service along the main east-west axis in Phase 1, and will be extended in future phases. A transit hub next to the A109 interchange will be the primary station for Konza, with interim capacity to accommodate bus passengers and future capacity to accommodate commuter rail service to Nairobi.”

It adds that this phase of the project will also include construction of residential and commercial buildings, a university, as well as parks and recreation areas.

The project seems to be far behind schedule but the government is lethargically pushing ahead with it.

So far, only one building is complete and timelines keep shifting leading to the project lagging behind.

For now, Ethiopians seem to be enjoying the fruits of Kenyan labour as the government keeps promising the Konza Technopolis but with the delivery becoming a fading dream. 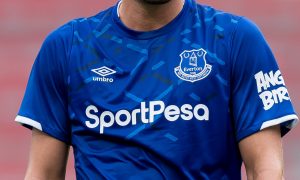