President Uhuru Kenyatta and his deputy William Ruto. They have less than 2 years to deliver on the promises they made to Kenyans for their reelection. [Photo/VOA]

Uhuru Kenyatta’s Jubilee government has about two years to complete what it promised Kenyans for its reelection in 2017.

The party’s manifesto was one that reeked of hope and inspiration and which showed that the government was indeed the transforming entity that Kenya needed.

The introductory message by Kenyatta reads, “Kenya has immense potential for growth, modernisation and prosperity. Growth that leaves no one behind; modernisation that secures our future for generations to come; and a prosperity that we can all share and enjoy.”

Everyone Left Behind Except the Politically Connected

Despite the assurance, the government has so far proven that it cannot keep its word. Everyone, including Uhuru’s deputy William Ruto have been left behind.

The dynamic duo had promised to work hard alongside all Kenyans across the country to create “a vibrant and modern Kenya that provides us all with the platform to achieve our true potential.” It was a lie!

The manifesto’s charm by the president was, “We are building a 21st Century hi-tech industrial revolution in Kenya. Our plan is to continue to develop our nation’s transport, ICT and energy infrastructure so that Kenya attracts global industry and, with it, a huge expansion in sustainable, high quality, hi-tech jobs for everyone, young and old.”

Again, this is a lie since companies have been closing down with thousands of Kenyans losing their jobs.

“We must now redouble our efforts to build upon the foundations of success. The task is not yet complete. The work must continue and should not be derailed.”

Looking at the reality on the ground, the picture is far from what the Uhuruto government had planned or- may be- envisioned. The cracks in government mean that the achievement of these promises will remain a dream.

The NHIF, for instance, is robbing Kenyans blind and denying them services due to some archaic rules they have implemented, voluntary contributors cannot get services since the accounts are compromised while civil servants are planning a walk out of the hegemonic entity.

The promises that Uhuru has to deliver in the next less than 24 months were based on his government being re-elected.

According to the manifesto, the Jubilee government was to:

Delivering the manifesto, Uhuru said, “I seek to continue to serve as President of our great country because I have the vision, experience, skills and trust to deliver the stability, continuity and responsible governance that our country needs at this critical moment in our development journey.”

Only time will tell if he indeed was a visionary or it was just all on paper via Cambridge Analytica. 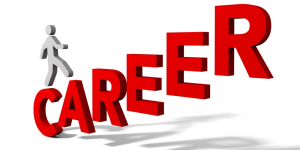 7 Deadliest Career Mistakes to Avoid Like Plague
Every day we work to build our careers. It is…