NHIF has imposed regulations that are punitive to contributions threatening the achievement of Universal Health Care for the majority poor. [Photo/NHIF]

It is a crime falling sick in Kenya and an even bigger one if you need to have insurance cover the costs.

This is the message that the National Hospital Insurance Fund (NHIF) is passing to contributors who are not even assured of coverage going by past experiences.

In a move that shows how far detached the scheme is, the new changes proposed by a “Special Full Board Meeting”, those who are new and seeking NHIF membership will have to pay contributions equal to a whole year’s before their cover kicks in.

In addition, failing to pay for the never assured cover attracts penalties which could kill the scheme altogether. And with this move, the Universal Health Care (UHC) plan is stopped in its tracks.

A memo from the acting Head of Registration and Compliance an R. O. Otom sent to regional managers and copied to the acting NHIF CEO Nicodemus Odongo shows that the scheme is ignorant of the needs of Kenyans by introducing punitive measures aimed at curbing defaulters, a majority of whom are in the informal sector (self-employed).

To add insult to injury, NHIF says that the cover is meant just for the contributor, a spouse and not more than five children. The question begs, then, what happens to children who are born after the fifth to the same contributor? Is NHIF pushing for population control?

The new regulations which spell a nightmare for Kenyans indicate that members voluntarily joining the fund will have to wait for 90 days before they start enjoying NHIF benefits.

For a majority of Kenyans struggling to make ends meet, it is an even harder situation they are being forced into noting that they have to make a one year upfront payment within the 90-day waiting period.

This means that they have to contribute Ksh2,000 every month for them to be eligible. This amount is a lot for someone trying to feed their family, educate them and provide health insurance cover.

Here is the memo sent by NHIF to its managers to implement the punitive measures:

In October last year, Odongo shocked the National Assembly Public Investments Committee (PIC) when he claimed that details of Kenyans contributing for the NHIF cover through M-Pesa could not reflect in the insurer’s system.

He said that contributions made through M-Pesa have not been reflecting on the NHIF system since the affected contributors had used wrong details.

This means that thousands of Kenyans risk being locked out by the insurer when they need medical attention.

Effectively, the contributors are not covered by NHIF and cannot access health services through the NHIF cards.

The civil servants’ scheme has also become a cash cow with no benefits to those should be getting NHIF services without question.

In early 2019, the Union of Public Servants made a decision to ditch the national health cover provider for another scheme but the process has met resistance since.

The association’s Deputy Secretary-General Jerry Ole Kina believes the government is reluctant to accept the civil servants’ exit because their contribution is the backbone of NHIF.

Ole Kina revealed the struggle the government employees have been going through with the NHIF medical cover.

“NHIF has demonstrated a lack of commitment to actually conform to the provision of the contract that they signed to provide health cover for the civil servants,” Ole Kina noted.

As per the current deal, NHIF gathers a whopping Sh 4.6 billion from the civil servants’ monthly contribution every year. Added to the premium cost of the scheme which stands at Sh 4.2 billion, the NHIF gets Sh 8.8 billion every year.

With the disregard for Kenyans’ needs and the blatant abuse of privilege, NHIF could as well be scrapped to allow Kenyans use other schemes which will be reliable.

Read >> KNEC Scores A in Reaping Millions From Exam Results 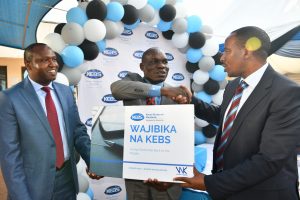