The Bloomberg Global Newsroom. The Reuters Institute for the Study of Journalism together with The University of Oxford has predicted key trends that will define the media industry in 2020.

The media landscape continues to evolve with convenience becoming king at the expense of the consumption channel, the result has been plummeting revenue for media entities which leaves media managers scratching their heads over what the future holds.

In Kenya, 2019 was a year to forget for most media entities with many of them having to axe prominent employees after being hit hard by the digital disruption.

The good news is that the challenges in the industry are not unique to Kenya.

Most media observers opine that media organisations will have to rework their business models in the wake of trends in the industry. Many say the decision making by media managers starting now will determine which media brands will be here for the long haul and which ones will run out of business.

A new report co-authored by the Reuters Institute for the Study of Journalism and The University of Oxford predicts trends that will define Journalism, Media, and Technology in 2020.

The report observes the last ten years were defined by the twin technological disruptions of mobile and social media, which fragmented attention, undermined advertising-based business models, and weakened the role of journalistic gatekeepers.

At the same time, social and political disruptions have affected trust in journalism and led to attacks on independent news media in many countries.

The next decade will be defined by increasing regulation of the internet and attempts to re-establish trust in journalism and a closer connection with audiences.

It will also be rocked by the next wave of technological disruption from AI-driven automation, big data, and new visual and voice-based interfaces.

All this against a backdrop of economic and political uncertainty which will throw up further challenges to the sustainability of many news organisations.

Below are the report’s top predictions

• Most industry executives say they are confident about their own company’s prospects but are much less sure about the future of journalism. Local news provision is a key concern, alongside fears about declining trust and attacks on journalism by politicians.

• The majority of respondents (85%) think that the media should do more to call out lies and half-truths, but some worry that this might not be enough as more politicians around the world pick up Donald Trump’s media playbook, undermining mainstream media and using social media to push messages directly to supporters.

• Publishers continue to bet strongly on reader revenue, with half (50%) saying this will be their main income stream going forward. Around a third (35%) think that advertising and reader revenue will be equally important, with just one in seven (14%) pinning their hopes on advertising alone.

• The power of tech platforms remains an issue of great concern for most publishers. But there are mixed views on regulation. Publishers feel that interventions by policymakers are more likely to hurt (25%) rather than help (18%) journalism, with the majority feeling that it will make no difference (56%)

• It looks set to be another big year for podcasting, with over half of our publisher respondents (53%) saying podcast initiatives would be important to them this year. Others are looking at voice and turning text articles into audio as a way of capitalising on the growing popularity of audio formats.

• We’re likely to see more moves by news organisations to personalise front pages and pursue other forms of automated recommendation this year. Over half of our respondents (52%) say these AI-driven initiatives will be very important this year, but smaller companies worry about being left behind.

• Attracting and retaining talent is a major worry for news organisations, especially in technology areas. Less than a quarter of respondents say they are confident about keeping data scientists and technologists (24%) compared with 76% for editorial staff. Tech companies and consumer brands can often offer higher salaries, more job security, and a culture within which they can do their best work.

• Publishers and broadcasters say they have made big strides over gender diversity in the newsroom, with three-quarters (76%) believing their organisation is doing a good job. However, they rate themselves less well on geographical (55%), political (48%), and racial diversity (33%).

• More websites will demand registration details in return for content this year. Collecting first-party data will become a key focus for publishers, following reduced cookie support from leading browsers and tightening privacy regulations. But this risks putting further barriers in the way of casual news users.

• Elections around the world will be another chance for purveyors of misinformation and disinformation to try new tactics, including AI technologies, to overwhelm platform defences. The role of platforms will be increasingly politicised, with direct attacks and accusations of bias from prominent politicians.

• Better, more immersive, feature-rich headphones (e.g. AirPod Pro and similar devices) will prove the big tech hit of the year and give a further boost to audio formats.

• 5G networks will continue to roll out in cities around the world this year, though handset availability remains limited. Ultimately 5G will enable faster and more reliable smartphone connectivity, making it easier to access multimedia content on the go.

• Transcription, automated translation, and speech-to-text text-to-speech services will be some of the first AI-driven technologies to reach mass adoption this year, opening up new frontiers and opportunities for publishers.

See Also: Will Mainstream Media Survive The Next Decade? 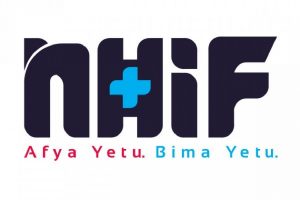 NHIF Makes Falling Sick a Crime, to Make Billions in Sinister Move
Members voluntarily joining the fund will have to wait for…