NHIF has been spending more on administrative costs at 17% which way more than in other countries where the average is 4.7%. NHIF’s spending is at par with critical spending on surgeries, renal dialysis, maternity services and cancer treatment. [Photo/ Bizna Kenya]

In 2012, Kenyan civil servants were subject to a deal signed between the government and the National Hospital Insurance Fund (NHIF). A deal that they thought would see their struggle of finding reliable health cover come to an end.

Eight years down the line, the servants have no memory of benefiting from the cover the NHIF provided. Speaking to a business today reporter, the Deputy Secretary-General of the Union of public servants Mr Jerry Ole Kina revealed the struggle the government employees have been going through with the NHIF medical cover.

“NHIF demonstrated a lack of commitment to actually conform to the provision of the contract that they signed to provide health cover for the civil servants,” Ole Kina noted.

Earlier in the year, the union made a decision to ditch the national health cover provider for another scheme but the process has since been delayed. Ole Kina believes the government is reluctant to accept the civil servants’ exit because their contribution is the backbone of NHIF.

As per the current deal, NHIF gathers a whopping Sh 4.6 billion from the civil servants’ monthly contribution every year. Added to the premium cost of the scheme which stands at Sh 4.2 billion, the NHIF gets Sh 8.8 billion every year.

Despite the huge amount of contribution the civil servants pay the health cover provider every year, they are not content with the services they get. This is why the union initiated a move to stop using the NHIF medical scheme.

Plans to ditch NHIF kicked off earlier this year but the union believes the government is stalling the exit for no apparent reason. The NHIF and the government formed a task force that would look into the issues raised by the union but did not involve the union in the formation of the task force.

A report by the task force revealed that the scheme offered a raw deal for majority of government workers. The investigation uncovered fraudulent activities by the healthcare providers including forcing patients to buy medical supplies provided under the scheme.

As per the current contract, the civil servants are entitled to a 24-hour cover but a number of patients have pointed out being denied services at night and made to pay for certain procedures. Servants looking to get outpatient services have also complained about having to pay an extra fee as the NHIF is not even enough for a doctor’s consultation fee, let alone buying medicine.

In regards to these persistent complaints, the union demanded a utilization report from the NHIF but was not successful at its quest to get it. The union was then forced to look for private actuaries to look into how the servants’ money is utilized by the NHIF.

Reports from the external actuaries revealed that every year, civil servants only utilise Sh 2.5 billion out of the Sh 4.6 billion they contribute let alone the premium cost of the cover.

Ole Kina said that neither the NHIF nor the government has moved to solve the issues revealed by the taskforce. He said that the civil servants can actually do better without NHIF as they have done before.

“If before 2012, we did not have a medical scheme or an insurance company that could be able to administer our services, it does not mean that 8 years later, we can’t have a private company that cannot administer the services we seek,” Ole Kina said hinting that much has changed over the years and the union has a wide range of options to explore.

However, he said that the NHIF can still work with the civil servants if it does not want to be ditched by the union.

“NHIF can continue to underwrite the scheme but it should outsource an administrator of the scheme. Even though this option is likely to face a lot of challenges, at least there will be hope for the civil servants,” he noted. 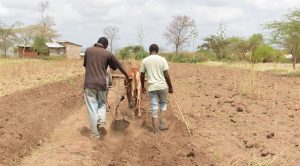