On Thursday, Interior CS Dr Fred Matiang’i signed deportation orders for Chinese nationals who were arrested for assaulting a Kenyan employee at the Chez Wou Restaurant in Kileleshwa.

Matiangi’s orders came just as the court granted authorities permission to detain the suspects for 15 more days pending the conclusion of investigations.

With the stroke of a pen, Matiang’i embarrassed the Kenyan legal system by making the judiciary helpless in a situation that could have been conclusively handled entrenching confidence in the country’s laws.

In the video that landed the four Chinese in trouble, one of the supervisors was recorded caning one of the workers for allegedly arriving late to work.

The victim, whose name is Simon Osieko, said that getting whipped by the Chinese at the restaurant was the order of the day.

Osieko said that the incident was not unique to him since the rest of the staff faced the same ordeal on a regular basis if they displeased the Chinese supervisors.

In response to the clip shared on Twitter, the Chinese Embassy in Nairobi said, “We support the Kenyan police to investigate the whole issue thoroughly according to Kenyan laws. Whoever violating the law will face legal consequences.”

It, however, seems that Kenyans do not care much for the law going by what Matiang’i did.

If the incident was in China, the offender would have undergone the whole legal process including remand or jailing and then deportation after they served their time.

In Kenya, though, it feels and seems like even those in authority who can make things change and level the playing ground for the rich and the poor are failing by selectively vetoing what suits whatever interests.

Regarding the deportation, human rights crusader Al Amin Kimathis tweeted, “These deportations of Chinese nationals, or any others, while facing court charges doesn’t serve the course of justice. Can’t we just wait for the courts to pronounce themselves then kick them out if need be?”

Matiang’i jumped the gun by ordering that the offenders be deported without serving time for their cruelty.

The CS’s order came shortly after Milimani Principal Magistrate Hellen Okwani allowed police to detain the four Deng Hailan, Chang Yueping, Ou Qiang and Yu Ling for 15 days as investigations on the assault and immigration offences were carried out.

Hailan is the prime suspect who caned waiter Osieko before dismissing him.

While Matiang’i’s action deflates an already besieged judicial system, the Immigration Department should also answer why foreigners are working in the country when on visitor visas.

The four Chinese nationals were in Kenya illegally having outlived their visas.

By breaking the laws regarding their stay and working status, it shows the disdain foreigners have for Kenya’s legal systems. They know they can corrupt the systems since to them everyone has a price.

The immigration department should be held accountable for such flaws which allow foreigners to blatantly disregard their visa guidelines to even go as far as running businesses on expired visitor visas.

If heads won’t roll now, Kenya is broken beyond repair. We can’t have tough-talking state officials whose only good thing is promising Kenyans what they cannot deliver. They should resign!

While Francis Atwoli, the Central Organisation of Trade Unions (Cotu) boss, has urged workers to report any cases of abuse by foreign employers to the authorities, Matiang’i’s move invalidates such a call since justice will not be served on Kenya soil.

While the deported Chinese will go back to their normal lives in China, they probably will come back to the country having successfully beaten the system enabled by those who should be upholding and protecting the fidelity of Kenya’s laws.

Wu Peng, China’s Ambassador to Kenya who condemned the actions of the Chinese nationals after the video was shared online did not, however, say what would happen to his compatriots.

He said Chinese citizens must abide by Kenyan laws at a press briefing where he was addressing the media.

While the Chinese have their laws, Kenyans should also ensure that theirs are not disregarded by giving foreign lawbreakers the easier way out. But as it is, it is not yet Uhuru. 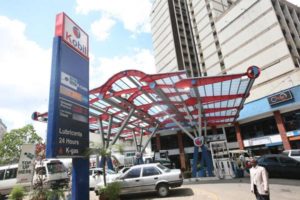