Chinese nationals who were arrested on October 5, 2018 alleged to have items which posed a national security threat

Five Chinese nationals have been arrested in Lavington, Nairobi with items that the Immigration Department believes pose a threat to national security.

In a post on its official twitter handle, the Immigration Department said it had recovered the items in question which include radio calls, military uniform, laptops and metal detectors among others.

The Immigration Department said that the five Chinese nationals will be detained to allow for authorities to carry out the necessary investigations.

’In the face of significant non-performance, the government has suspended activities of the two companies. The bans take immediate effect and have been instituted to enable the affected companies put in place corrective measures.’’ said CS Munya.

BREAKING!
5 Chinese nationals arrested in Lavington with a number of items recovered that are believed to be a threat to our National Security. More info coming up shortly. #AskImmigrationKE cc. @InteriorKE @FredMatiangi @GKihalangwa pic.twitter.com/92DKM4uVIE

On September 19, Immigration deported fifteen Chinese nationals who were found at a brothel in South C in Nairobi engaging in prostitution.

Immigration said the 15 were busted in a joint operation conducted by the department’s officers and detectives from the Directorate of Criminal Investigations (DCI).

BREAKING:
15 Chinese were arrested by Immigration officers @DCI_Kenya this morning in South C estate BROTHEL, it's believed they have been engaging in Prostitution. They are being processed for deportation. Cc. @GKihalangwa @InteriorKE #AskImmigrationKE @TheStarKenya pic.twitter.com/R4bmu5DWRV

“His work permit has been cancelled and (he) will be deported on racism grounds,” the immigration service said on its handle.

Mr. Jiaqi had in a video that went viral on social media made a flurry of racist comments against Kenyans in an argument with his employer which seemed to suggest that he did not want to be in the country in the first place and was only here to make money.

“Every one. Every Kenyan… like a monkey, even Uhuru Kenyatta. All of them,” Mr. Jiaqi said.

The crackdown on Chinese nationals shows a growing change of stance within government, which has reportedly been allowing them to engage in all manner of activities in the country.

The government has been cracking down on foreign nationals residing or working in the country without requisite permits and Chinese nationals have not been spared in the exercise.

China has been Kenya’s foremost bilateral partner pumping billions of shillings into infrastructural projects in the country.

There have been previous reports of the existence of Chinese criminal networks, which have been linked to human trafficking, prostitution, loan-sharking, gambling, murder and gun smuggling have set up base in the country. 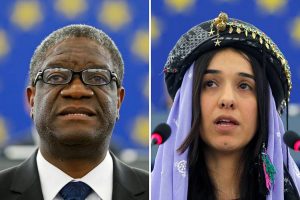