“After close to four decades with the company, I believe it is my time to focus on other adventures,” says Mr Zarak Khan, executive chairman, DT Dobie. [ Photo / Twitter ]

DT Dobie executive chairman Zarak Khan has announced that he will be leaving the company in March 2020 after serving it for nearly 40 years.

Mr Khan, now aged 60, joined the firm in 1981, as a management trainee before rising through the ranks to become the CEO. He served as chief executive for 20 years until 2017, when he was appointed chairman.

He is credited with growing the car dealer’s presence in Kenya’s automobile industry, as well as steering the DT Dobie’s shift to heavy commercial vehicles. DT Dobie is the authorised dealer of Mercedes Benz, VW, Hyundai and GMW pick-ups.

“After close to four decades with the company, I believe it is my time to focus on other adventures,” Mr Zarak said in an interview with Business Daily.

The deal did not go down well with Renault and Nissan, who ended their exclusive franchises with DT Dobie, fearing that Toyota would give priority to the sale and marketing of their own vehicles over theirs.

He reckons the firm weathered the crisis as it took up Germany’s Volkswagen (VW) brand after rival CMC Holdings lost the franchise.

“When my father passed away when I was 11 years, my uncles paid my school fee through their small businesses,” he says.

He attributes DT Dobie’s success to focus on customer demands and preferences. “We have been able to achieve through the assembly of reliable vans, pickups, small SUVs and trucks, which allow people to move around the country,” he says.

So has he achieved his goal at DT Dobie? “I have steered the company’s growth and takeovers, and I believe I have transformed it to a household name in Kenya,” Mr Khan said. 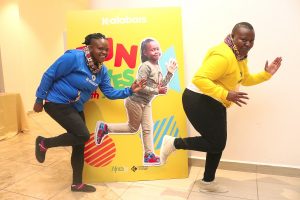 New Channel Gives Viusasa a Run for Its Money
Kalabars has enhanced its entertainment offering by adding audio content,…