Creatives Garage, a Kenyan company that provides space for artists and content producers, has launched an online media streaming and video on demand platform specifically for African stories.

Kalabars has, however, enhanced its offering by adding audio content, while most players focus on video.  The newcomer will also battle for market share with foreign-based video-streaming companies such as Netflix and Showmax as well as a number of comedians running their own shows online.

Some of the more aggressive independent comedians pitching for the online market include Jemo Ule Msee, Mulamwa, Ujinga za Victor and Teacher Wanjiku, among others, who are drawing audience online. The mainstream video-on-demand segment has been hard to crack, with Viusasa struggling to stay afloat.

Creatives Garage is a multi-disciplinary aggregate space for creative artists to organize, share thoughts, synergize and collaborate with a primary focus of creating market access for their creative products and services.

African content creators will now have a platform to share their content with global audiences which is an instrumental element of sustainable art and culture ecosystem, she added.

Streaming video on demand (VOD) services across Africa are set for a boom, riding on growing penetration of digital devices and internet subscription. There is also a high demand for local language films on the continent that has seen many filmmakers emerge in different regions across the continent.

“Film in Africa is very critical especially in developing an informed populace as well as reframing how Africa is viewed throughout the world,” Kilili noted.

Ms Kilili says Creative seeks to get Africa to tell its story and increase revenue for African content creators. This is also aimed at strengthening social fabric, leading to cohesion via the promotion of intercultural expression through impactful art.

Read >> TV stars whose careers have been messed by Mediamax

“Our target demographic primarily encompasses the 18-45 age group who are tech-savvy and experimental. Content creators will be able to upload and monetize their content to Kalabars that will be available via mobile and web versions accessible through a myriad of devices,” Kilili said.

Kalabars also acts as a marketing and distribution platform for hosted content to increase sustainable earnings for creative artists. 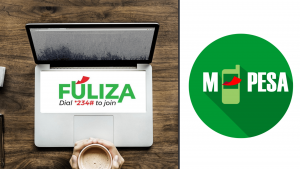