It may be cheap, simple, and convenient for them, but maybe not. [ Photo / tech-ish ]

For the record, I have two mobile lines, more than two bank accounts, and have taken loans with at least two digital lenders. And the handy mattress bank.

Then there is Fuliza. It’s convenient and superfast; it comes through when I am standing in front of the cashier with less money. Long live Fuliza!

For me, it seems a bit expensive and feels ruthless. If I don’t work on a weekend, 60 bob goes. For someone who buys sukuma wiki in wholesale (3 pieces for 10 bob) to sell retail (5 bob apiece) that’s a pretty steep punishment for taking two days off.

Now I think I know how I contribute to Safaricom’s super-profits, literary.

As mentioned above, other avenues exist. I could take the money to the bank and ask for financial help there. Or other digital lenders. But see, there is not much money to take to the bank. Last I handled a cheque was during the old notes era.

And with today’s tough economy, money will get scarcer.

Secondly, who goes to the banking halls anymore? We use M-Pesa to do our banking duties – deposit or withdraw etc. And that’s where the catch is for the other financial stakeholders.

Fuliza, as an overdraft, has first priority on all my M-Pesa deposits, and thus, the others can only watch from the sidelines. And wait for their turn. Challenge is, there’s not enough money to go around. As it is, we are ‘hustling’ to make ends meet and are barely surviving.

One can only hope M-Pesa shares with other competitors my transactions. Lest they think I went AWOL finance wise. And once out of sight, out of mind. Again, if I don’t get enough money on Monday to pay the 60 bobs amid other needs, I might prefer hard cash and go mattress banking. Or send and receive money through another person. This is now a common occurrence (at least in my social circles). But it doesn’t augur well in the long run on financial inclusivity.

This is not about regulation. Just like rate caps and their impending removal; the ‘small farmer’ regulation seems to be about rocks and hard places. Instead, its more flexible and easier if treated like competitiveness. Fuliza was and still is, a noble invention.

Thus, innovate. Study us. We have many pain points. Give us solutions.  I didn’t know I needed Fuliza. Yet see how nicely we fit!

Then, let the other mobile phone companies step up. Simply lamenting about dominance does not solve my day to day challenges. Be a functional alternative. Also, the other financial stakeholders should not use Safaricom alone in their dealings with me.

It may be cheap, simple, and convenient for them, but maybe not. Why can’t I access a loan from you via Telkom or Airtel?

See >> The Growing List of TV Stars Messed By Mediamax

Finally, think long term. Many lend money for a month and some even two weeks. Sukuma wiki business does not make money that fast. Others ask for a payslip before they can give me a loan. Automatically, you lock out interns, the millions who are in informal sector and others being laid off.

For now, if things continue this way, I will still live. But I will be left with Fuliza (not even M-Pesa), the Mattress Bank of my House, and my friends’ M-Pesa.

Who are you again, the other financial services provider? 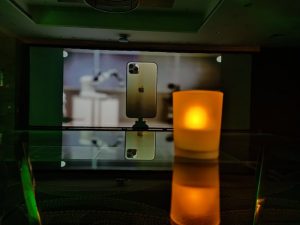