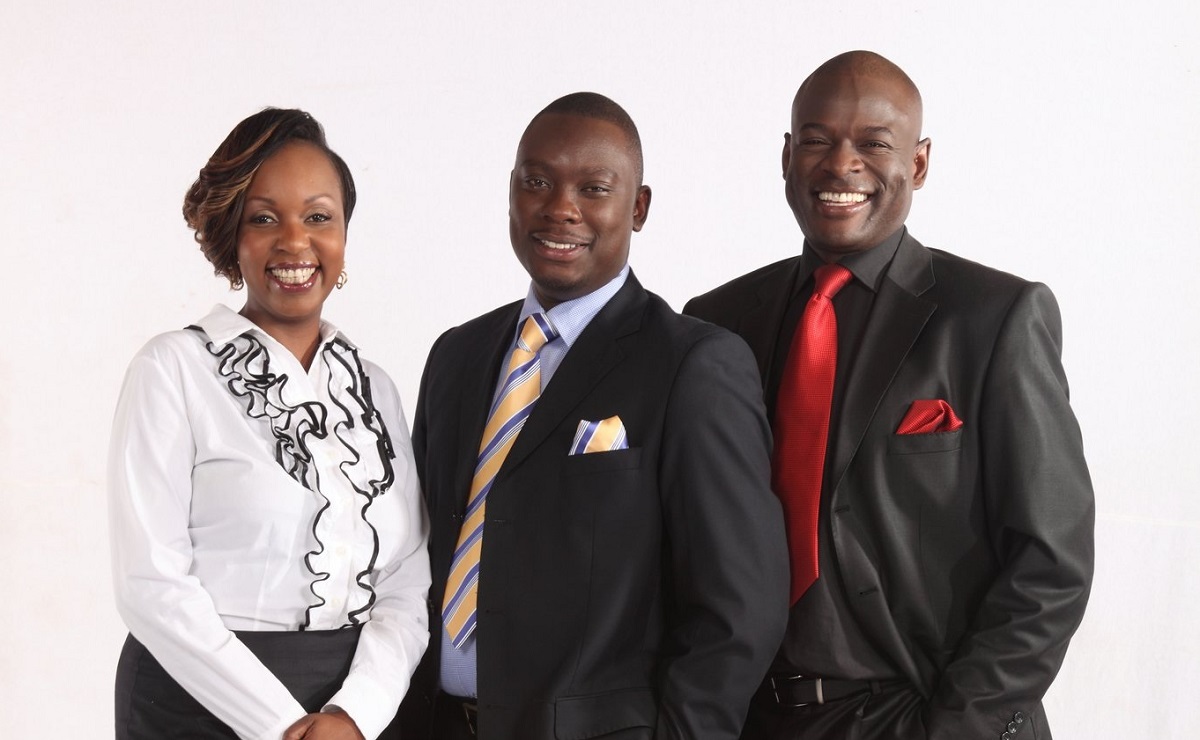 (L-R) Belinda Obura, Mike Njenga and Tom Mboya during the promotional campaign by Citizen when it relaunched. Belinda and Tom left after a short stint at K24. [Photo/Citizen TV]

In March 2013, Mediamax went on a poaching spree to revamp its dwindling brand K24 after having struggled to gain audiences since its launch on February 4, 2008.

Despite being the first Kenyan television station to stream live on the internet, the brand has struggled to grow its numbers by having loyal followers.

When it went in for the kill in the election year that saw Uhuru Kenyatta become Kenya’s fourth president, K24 went for the jugular. It raided Citizen TV, not just for screen talent but also most of the technical team, hoping that the established personalities would be able to draw viewers to the station.

Weeks earlier, Nation and KBC had lost some of their best to KTN as the outlets prepared for the elections in 2013.

Noteworthy though is that the Kenyatta family-owned Mediamax then was cavorting the media landscape for talent and it first took in a majority from Citizen.

In August 2013, the MediaMax chopping board saw over 70 employees from across the platforms sacked.

Some of these were poached from competing stations during K24’s relaunch. The promise of an attractive pay package was too enticing to let go. In this firing, Anne Ngugi and her colleague Chemtai Goin were pregnant and they were let go.

Belinda Obura who had been poached from Citizen survived this round of mass sacking but she would not be so lucky when the second round came.

Mboya was CNN’s Journalist of the Year in 2012 and a year later was gifted the Global Leaders Award in recognition of his work. Today he mentors people.

Anne Ngugi and Chemutai Goin landed on their feet after securing jobs at the BBC and Citizen TV respectively.

While some of the K24 casualties were able to come back, others have gone off the screen altogether.

Belinda Obura is a consultant, Zawadi Mudibo is in PR and Caleb Karuga is a celebrated farmer.

Is Mediamax a Career Killer?

Most of these people who are sacked by the company are at the prime of their careers but it seems that Mediamax is where journalist careers go to die.

While many other companies are also firing people, the media industry seems to be having it easy letting go employees without much thought- seemingly.

As it is, the mass firing at K24 in such quick succession means that anyone looking to work there should have a contingency plan if they are to have a fall back on plan.

Would anyone be willing to work at K24 after these events?

Only time will tell.