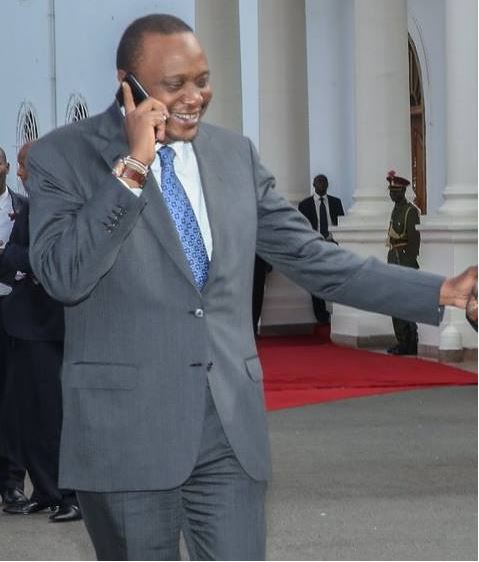 [dropcap]F[/dropcap]ormer NTV general Manager Linus Kaikai has one unusual man to thank for failing to secure a soft landing at Royal Media Services (RMS) after being edged from Nation Media Group. The most powerful man in Kenya, President Uhuru Kenyatta, is reported to have erected a barrier on Kaikai’s way to Communications Centre, the Royal Media head office in Kilimani, Nairobi, where he was expected to take charge of the broadcast section.

It is understood that after reading a story by BusinessToday that Linus Kaikai was headed to RMS from NTV, the president was not very impressed: someone he was trying to cut down was joining Kenya’s leading broadcast house.

Uhuru is said to have taken the matter up and called RMS vice-chairperson Purity Gathoni, the wife to the company’s founder S.K. Macharia, and asked her not to hire Kaikai. “The president was very clear,” said a source from RMS who is familiar with the matter. “He told Mrs Macharia not to hire Kaikai and even warned there would be consequences if they did, which would mean denying the company business through advertising.”

Mrs Macharia runs the day to day affairs at Royal Media and has a strong say on hiring of senior managers. She is said to be more diplomatic than her husband, who is seen to be arrogant and a sympathizer of NASA leader Raila Odinga.

According to sources, Mrs Macharia met RMS Managing Director Waruru Wachira, who had reached out to Kaikai, and asked him to drop the plans. “The tricky bit is that Kaikai had already signed the contract. I just really don’t know how they are handling the matter now.”

READ ALSO: David Ndii takes on Nation over killing of his column

Kaikai has been a marked man since the days of President Mwai Kibaki, according to government sources, when he did critical analyses on the then president after the 2007/08 disputed elections that led to ethnic violence. President Kenyatta’s handlers, in fact, used those stories, aired on NTV, to block Linus Kaikai from getting the job of State House Spokesman in 2013, which is now held by Manoah Esipisu.

“The government never forgets,” said a veteran TV editor. “If I remember well, Linus said in a story the first anniversary of the grand coalition that Kibaki stole the election. That’s where his problems began.”

The Uhuru government has had a bone to pick with Kaikai on his editorial slant at NTV, accusing him of giving more publicity to opposition. But the back breaker was the recent swearing-in of Raila Odinga as the Peoples President on January 30th when Linus defied government ban on live broadcast.  The day before, Linus issued a scathing attack against the government over the ban as chair of the Editors Guild.

It’s not clear how far State House will go in neutralizing Kaikai, as other small media houses are likely to pick him up. The best option remains for him perhaps is to join an international media house like CNN, BBC or Aljazeera, where the government would have less influence but which would alleviate him from the local audience.

Kaikai joins a growing list of journalists from mainstream media houses who are believed to have been pushed out of newsrooms by State House. They include Dennis Galava, Mugumo Munene and Andrew Teyie from Nation newspapers. They are said to have been critical of government. Economist David Ndii, who is also NASA strategist and fierce critic of the Jubilee administration, has also had his bimonthly column in Saturday Nation terminated.

NEXT READ: Shrinking fortunes: Only 10 Kenyans are super-rich