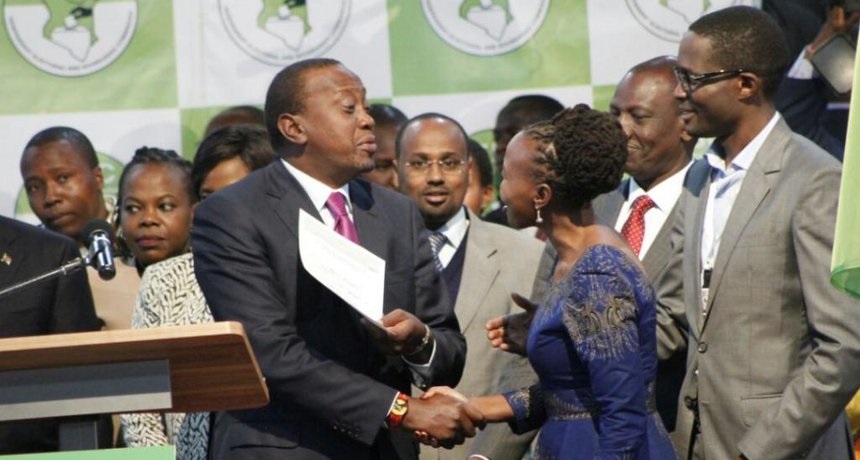 [dropcap]K[/dropcap]enya has gone through one of its most strenuous elections yet. On August 8th this year, the country’s citizens came out, all and sundry, to vote for political parties and candidates of their choice. It was the culmination of months of our heated campaigns.

Like in all previous elections, truth was the biggest casualty this time round. Prior to the polls, the ruling Jubilee Party, and the opposing National Super Alliance, were engaged in a duel of misinformation, outright lies and the now ubiquitous fake news. The more the news sounded stranger than fiction, the more believable it was.

Apparently, both sides of the political divide employed “professional” propagandists who, I must say, did an impressive job. Really! The wars on both digital and electronic media were ruthless. The fake news, particularly in the former channel, was perfectly choreographed, duping many intelligent people to believing made up stories.

My foregoing sentiments seem to be supported by a recent report released by the European Union’s Election Observation Mission for Kenya. According to the preliminary statement titled, “Democratic commitment demonstrated by the people of Kenya, despite parties forceful criticism of key institutions”, there was a high number of well-produced false news items distributed on social media by political camps, targeting political rivals.

Due to a strict regulatory regime in the mainstream media, the w*r on misinformation shifted to social media. The ubiquitous Facebook and Twitter were awash with reports that, though stranger than fiction, appeared to have credence with a sizable following. The plausibility of such reports was determined by one’s standing on the political divide.

Due to lack of specifics, guidelines on the use of social media by the National Cohesion and Integration Commission and the Communication Authority of Kenya (CA) circulated in mid and late June, and later improved and released on July 13th, were largely ignored. The guidelines included requirements for “honesty and accuracy” in publications, and for providers to avoid “undesirable political content”.

Moreover, inflammatory messages from political rallies were reinforced by party supporters through social media. Although v******e did not feature prominently, journalists cited the need for self-censorship during the election period.

Journalists also put limits on what they could say, as many worked for media houses with links to the political class.

On advertising, the report alleges the government used a carrot and stick stratagem to give undue advantage to government, or Jubilee friendly media. This was obviously manipulative since the threat of loss of revenue could have made some media less critical or independent than would otherwise be the case. Further, “many media adverts promoting the President’s and government’s successes raised questions about the misuse of public funds to the advantage of the incumbent”.

The EU report says the State, as well as private national media, allocated equitable shares of coverage to the key contestants. However, bias in favour of either of the leading political camps was noted in the vernacular radio stations.

Extensive paid media campaigns promoting successes of incumbents raised concerns about incumbent advantage. Journalists in several counties were threatened in connection with their reporting on political or election-related matters and stated that they commonly exercised self-censorship.

Concerns were also raised whether the country has effective data protection laws. This was due to suspicion that the government could have had gained unfettered access to citizen information through State institutions to help it profile its audiences.

Essentially, the media gave the bulk of coverage to the two main contestants due to the lack of wherewithal by the lesser ones. It was also unfortunate that the highly anticipated presidential debate did not take place, effectively denying voters an opportunity to compare the candidates.

SEE ALSO: Why investigative reporting is dying in Kenya

My findings point to a more cautious mainstream media. This was as a result of a lot of training, particularly by the Media Council of Kenya, and threats of sanctions by a tough talking CA. No journalist wanted to trespass against the regulations and guidelines for electoral reporting.

But there is more work to be done. On September 1st, the Supreme Court of Kenya ruled that the presidential poll did not pass the strict integrity test. Consequently, the court ordered a repeat of the poll by November 1st.

This means that the media are back on the drawing board. Being an unprecedented event, not just in Kenya, but in the whole of Africa, the learning curve is long. The media must undergo intensive training by constitutional and electoral experts on what to discern in this novel process.

Misinformation will now happen out of omission, and not commission. With over 200 television and radio stations, including numerous daily and weekly publications, the onerous task of media monitors is cut out. They need to start early in order to have a grip of the current, emerging and expected issues.