Pressure has been piling on Betty Kyalo to grow viewership for the weekend evening news on K24. [ photo / kituionline ]

Betty Kyalo loves herself – and her fans on social media crown the charm in a style bordering on infatuation.

Always giving updates on her activities, posting sexy photos of herself out and about and sharing teasing video clips, Betty Mutei Kyalo has lots of company on Twitter.  (By the way, she spells her surname with a double ‘L’ as in Kyallo, perhaps for swag.)

At the last count, she had just over 682,500 Twitter followers, never mind that she follows only 621 people. If Betty posted a photo of her bare feet or a video of her washing her face, they would be re-tweeted and commented on by thousands within minutes.

But come Friday and Saturday evenings, when she presents the evening bulletins on K24 TV, the majority of the crowd somehow remains on Twitter and she’s left with a relatively smaller audience on screen.

That’s the dilemma Betty, one of the most celebrated news television personalities in Kenya, faces 11 months since she launched the ‘Weekend with Betty’ show on K24.

Her debut at K24 remains the most hyped in local TV history, coming as it did with VIP escort and a ‘mystery guest’ who would allegedly land at JKIA. At the end, after a ‘stay’ at Villa Rosa Kempinski, the guest turned out to be, well, Betty Kyalo!

The launch date of the show reportedly consumed nearly Ksh500,000. In spite of the ‘mysterious guest’ disappointment for viewers, she hit the ground running and set the stage for a battle for eyes with his former employer, KTN, as well as other rivals such as Citizen TV and NTV, which have spruced up their weekend editions head-turning anchors.

In March this year, she even hosted herself on the Upclose section of the Weekend with Betty show. The show attracted lots of viewers interested in knowing more about her personal lives. It has been viewed on Youtube 644,201 times. [ see video below ]

To join K24 – a bottom-rank station – she bargained for a real deal that makes her Ksh120,000 pay at KTN look like pocket change, people familiar with the matter say. It is said she squeezed out a pay package nearly kissing the Ksh1 million ceiling, though BT has not been able to independently verify this figure.

Pressure has been piling on the presenter lately to grow viewership for the weekend evening news which would, in turn, bring in the much-needed advertising.

While hard statistics are hard to come by, K24 remains a bleep on the radar of various audience tracking agencies, which feature Citizen TV, KTN Home, KTN News, NTV, Inooro and KBC as top TV stations in Kenya.

K24 boxed in a costly deal?

NTV and KTN and a host of other newer stations such as Ebru have been gnawing at market leader Citizen TV’s market share, cutting it from 50% two years ago to about 40%. Yet K24 appears to be mark-timing.

Betty is to a large part helped by social media campaigns through her Twitter account and a number of influencers. But as they have learned to their sorrow, sharing the audience from social media with TV screen is no easy task.

Now Mediamax Networks Ltd management must be feeling it boxed itself into a deal that is not showing signs of breaking even soon.

Under the restructuring announced late September, the management is considering reducing the number of presenters and re-negotiating expensive contracts.

Insiders have eyes trained on Betty Kyalo’s contract as well as her colleague Anne Kiguta’s.

Will management bite the bullet and invite them to the negotiating table? This will come out in the next few days as Mediamax sends home some of its workers tomorrow 30th October.

Those who know acting CEO Ken Ngaruiya are not ruling out a radical proposal from him. Representing the interests of the Kenyatta family in the media business, Mr Ngaruiya is known to be ruthless when it comes to cost-cutting.

He can justify his actions and get away with it, knowing too well that he has the backing of one of the principal shareholders. Deputy President Dr William Ruto owns substantial shares and is represented by Editirial Director Chief Editor Peter Opondo.

Asked how much betty is paid on TV during Weekend with Betty show, Mr Opondo just said, “good money.”

Betty’s entry to K24 in December 2018 was unwelcome by many presenters at K24 and so was Anne Kiguta’s seven months later. The two have been left on their own, if the body language at the station is anything to go by.

But you can’t fault their colleagues for that as, according to insiders, the two presenters often look “down upon everyone” given their hoisted celebrity status – and perhaps, some imagine – their good pay.

Now the time of reckoning is here and the seat is getting hot for Betty Kyalo. Will she survive the restructuring unscathed? 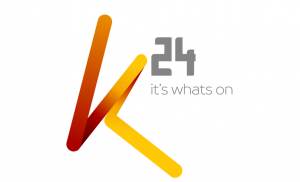