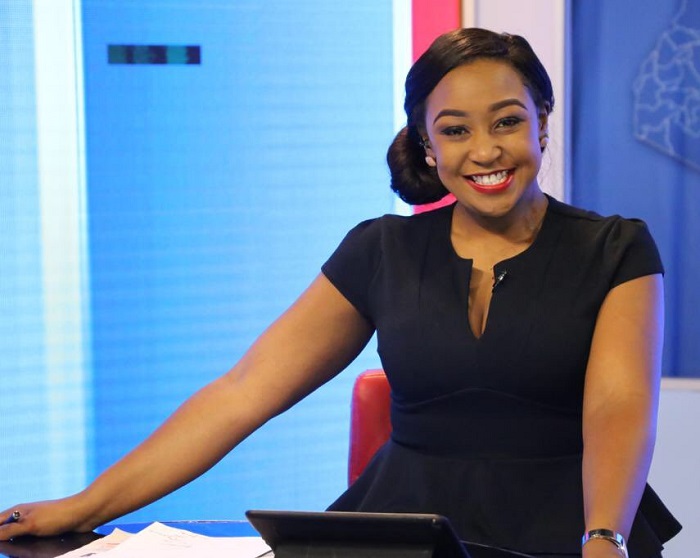 When she presented the Briefing prime time bulletin last Friday, Betty Kyalo did everything not to betray her feelings. She kept the signature smile and her good natured attitude, not only delivering the bulletin in that trademark style but feeding her audience with a giggle here and a tongue slip-up there.

What many KTN viewers will be shocked to learn is that Betty had resigned from Standard Group, in fact, and was serving notice. Business Today has confirmed that Betty, KTN’s flagship presenter, is leaving and set to join K24 TV.

This is the biggest blow yet for KTN coming before it even recovers from the sudden exit of news anchor and talkshow host Yvonne Okwara, Kiswahili reporter Mashirima Kapombe and, earlier on, managing editor Joe Ageyo – all to its rival, Citizen TV. Interestingly, KTN has maintained a loud silence and inaction even as it loses key TV journalists to competition.

At K24, Betty is expected to headline news anchoring at the fledgling television station. Her entry is likely to cause some ripples at DSM Place, where reforms instigated by new editor-in-chief Peter Opondo have touched tension buttons. The station recently lost two business presenters – Zawadi Mudibo and Maya Hayakawa – to BBC.

Most of its main news anchors have quit over the last few years. The most recent was Karen Karimi, who left last year in September to be with her husband.

K24 is owned by Mediamax Ltd, a media conglomerate controlled by President Uhuru Kenyatta and his Deputy William Ruto. It not clear why Betty quit KTN but insiders at the media house say she was given an irresistible package.

For now, apart from long-serving presenter Richard Kagoe, K24 doesn’t have a popular female anchor presenter for its English bulletin. Its viewership ranking has dropped over the years to below top five, having been overtaken by Inooro TV, a vernacular television station.

Betty Kyalo, while not the greatest anchor in town, has studio command and an air of charisma about her that keeps eyes clued on the screen.

Her flexible style of switching into sheng or Kiswahili when necessary during interview sessions has endeared her to viewers turned off by the ubiquitous English-only spitting anchors. It appears many of her fans have chosen to ignore her troubled social life, which climaxed with a divorce from NTV anchor Dennis Okari, followed by a short-term dalliance with Mombasa Governor Hassan Joho and recently, a fallout with a business partner which brought out her dramatic side.

Besides, she has a huge following on Social Media (Facebook, Twitter and Instagram), an asset for a news anchor in an era where the mobile phone converges with TV in the evening. A good portion of this fanbase could switchover with her, but whether they stay with K24 will largely depend on the overall quality of news and other programmes.

NEXT: MEET BETTY KYALO THE DRAMA QUEEN OFF THE SCREEN