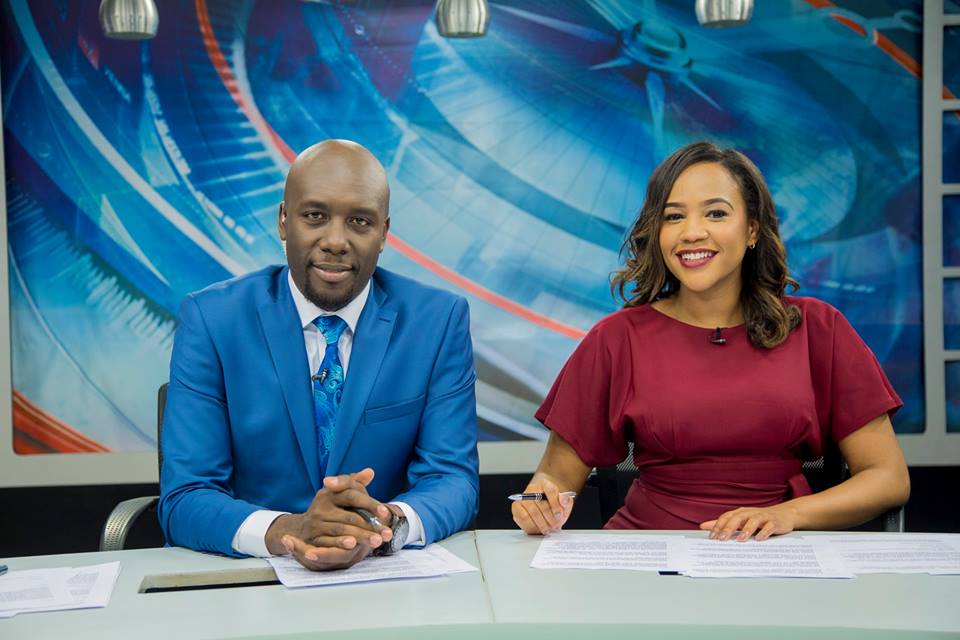 [dropcap]H[/dropcap]ype and drama continue as TV stations engage high gear in their  pursuit for more eyeballs amid a shakeup that’s left the broadcast industry in disarray. On Monday evening, it NTV threw a tempting bait at viewers.

The Nation Media Group-owned broadcaster made fanfare of the debuts of its newest faces. At 7pm’s bulletin NTV Jioni, Salim Swaleh (formerly of Citizen TV) made his first appearance on the channel anchoring the Swahili news alongside Jane Ngoiri.

Two hours later, at 9pm, it was the turn of Dennis Okari and former Capital FM reporter Olive Burrows to premiere as a pair on NTV Tonight. The captivating duo was sold as a case of fresh faces as the ongoing social media juggernaut had dubbed the changes at the media house as #NewNTV.

The lingering statement seems to be clear. NTV Kenya wants to imply they’re not being left behind. That they’re still in the game.

Social media pages of the presenters as well as that of NTV Kenya laid bare the emphasis on the newness at the station. NTV Kenya tweeted the two prime time anchors together in elegant pose. Okari himself took to Facebook today to display the fun and excitement of pre-bulletin preparations. A promo video announcing the prime time news partnership was also not left behind.

One wonders when this will all end. And whether in the interim, audiences are watching the actual content of the news rather than the seemingly larger than life personalities that this courting of viewers is portraying. Discussions have escalated from chemistry of the new anchors against what the bulletin actually entails. The consequence could see the news becoming subservient to the news bringers.

How it got to this

NTV, one of the most popular media houses in Kenya has been leaking personnel since February following internal disagreements that resulted in the departure of Linus Kaikai and Larry Madowo. Since then, the two former NTV employees have been back at their previous employers to r**d talent for their new found jobs at Royal Media Services and BBC respectively.

This has turned the industry on its head, but in turn, NTV has painstakingly recruited. Monday’s carnival was just the culmination of a series of personnel changes, restructuring and social media campaigns.

One of them includes a luxurious video which encompasses new recruits alongside those who have been survived the raids. In this video, the full extent of the bulletin is explained, from the political hard hitting news and human interest stories to the business sections and sports.

The state of our house, our media house that is. #NTVTonight's new look, in part.
#theNewNTV pic.twitter.com/qAZTCLKkoQ

Meanwhile, rival station Citizen TV — which raided the twin towers the most — has been at the same game, releasing elaborate teasers of its two flagship news bulletins. Dubbed the dream team, it has already unveiled promos revealing the Swahili newscast that features one power couple that could make history on Kenyan screens.

The second teaser — Roman Empire themed in its reader — features an all-star team of presenters. One wonders for how long the two media houses will continue to trade b***s in this w*r of personality presenters.