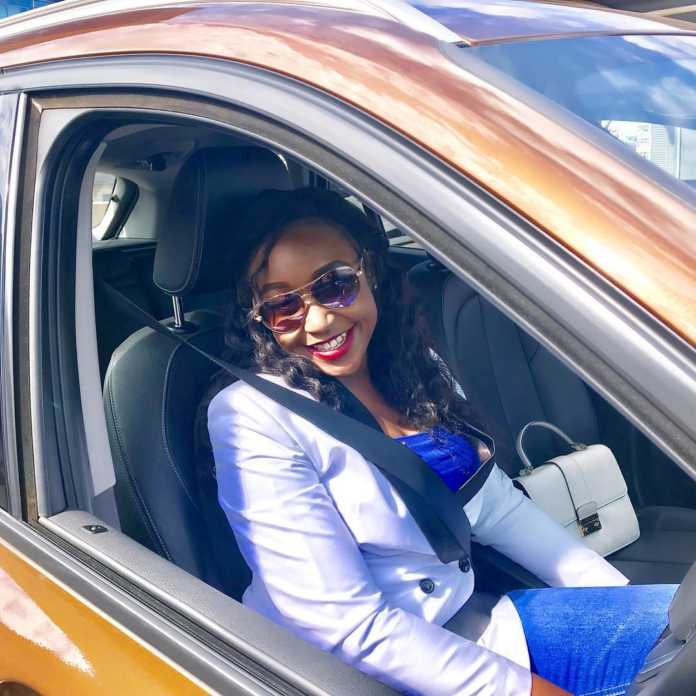 Betty Kyalo wants a car that will be a head turner like herself. Photo/Betty Kyalo

The belief is highly regarded in Kenya that some Kenyans might stretch themselves to buy a car just to be seen as one of the elites. However, to those who already belong to the elite society, buying a car is approached differently.

The elites buy a car because of other reasons which also affect the type of car they buy. TV star Betty Kyalo, who is considered to be among the elites, talked to business today about what she looks for in a car. The news anchor surprisingly chooses a car according to how she will look in it.

“I want a sassy and a sexy car because I want to look good in it. To me it’s not just about being able to drive from point A to point B but doing it passionately,” she said. Betty added saying that the car should be as beautiful as herself.

However, sexiness is not the only trait Betty looks for in a car. The K24 news anchor also mentioned heritage and history as aspects she treasures about a vehicle. Betty, who was among the panel of judges at the Cheki Car Awards, has been a car lover for a long time.

“Car companies that have come from so far and you can actually see the process of growth from the first car to what they are right now. They have a story about how they started and you can trust the car,” she added.

My Car, My Choice

in November 2017, she upgraded her status by acquiring a 2017 BMW XI. She previously drove a Subaru Impreza and graduated to a BMW 320i before transitioning to a 2015 BMW X6 worth Ksh9 million.

At one time, she was, rumuored to be zooming around in a Meteor Gray Metallic 2016 Porsche Cayenne worth Ksh13 million, which was allegedly bestowed on her by Mombasa Governor Ali Hassan Joho.

The news anchor has been facing difficult times at Mediamax as her job is supposedly at risk. She was taken in by the Uhuru Kenyatta owned media house to bring viewers on board. The renowned media personality has a huge following on social media but has failed to transform lure them to watch her on TV.

Her debut at Mediamax was one of the most hyped ones in the history of local media. K24 was allegedly introducing a ‘mystery guest’ who would land at JKIA. In the end, after a ‘stay’ at Villa Rosa Kempinski, the guest turned out to be, well, Betty Kyalo!

Currently, there is a purge at the media house and Betty is among the candidates likely to be thrown out by Mediamax.

Faced with a cash crisis, it is understood Standard is struggling to pay sacked employees their dues.