A child takes water from a puddle in a slum. Despite the increased suffering among Kenyans, the World Bank thinks Kenyans are less poorer than they were 4 years ago.[Photo/Jubilant Stewards of Africa]

In a report released today, the Bretton Woods Institute says that Kenya had a strong rebound in 2018 but the economic activity in the country has moderated in 2019.

The slowdown, according to the Kenya Economic Update 2019, is primarily due to lower agricultural output and a considerably weak private sector investment.

“While challenges in agriculture account for a significant drag to growth, private investment has also accounted for a share of the deceleration,” the report notes.

It adds that the weakening of private investment partly reflects crowding out from widening fiscal deficits and relatedly limited access to credit by the private sector. This grew by about 6.3%  in August 2019.

Due to these factors, the World Bank’s GDP growth estimate for 2019 is about 5.8%. The growth is supported by a sustained pickup of the economy in the second half (H2) of 2019 as reflected in a nascent recovery in private sector credit, positive business sentiment, and improved short rains that are expected to boost harvests.

In September 2019, the National Treasury released data showing a substantial increase in the budget deficit for FY2018/19. This prompted calls for stronger measures to return Kenya to a path of fiscal consolidation.

“This, in turn, has resulted in the crowding out of the private sector, driving the growth in the public debt stock, and anaemic private sector credit growth,” adds the report.

This calls for credible adjustment measures by the government to place fiscal accounts back on a prudent trajectory.

“These include actions to increase revenue and make revenue projections more realistic, strengthening expenditure controls and cash management. In addition, measures to adjust the government’s borrowing plans are essential to rebalance the public debt portfolio towards cheaper and longer-maturity debt, hence reducing its vulnerability to market instability as well as creating fiscal space.”

The report notes that the macroeconomic environment remains broadly stable with low inflation and a manageable current account deficit.

However, the Bank blames the interest rate caps for constraining the operating environment for the banking sector and “reduced the effectiveness of monetary policy”.

Headline inflation averaged 5.2% in the twelve months to September 2019 due to lower energy prices, which was able to offset temporary pressure from rising food prices in H1.

This is reflecting an economy where underlying demand pressures are still benign.

The low inflationary pressure has also been supported by a stable local currency.

“Despite very low core inflation, well-anchored inflation expectations, and subdued demand pressures, the flexibility of monetary policy to respond to the slack in the economy has been constrained and profitability, as well as asset quality for the small and medium-sized banks, have been affected in the context of the interest rate caps regime.” 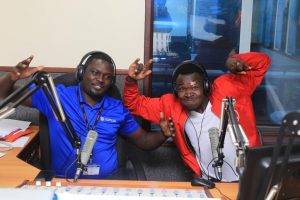