Ambani and Okumbi were released by the club after a record of poor results since Wazito earned promotion back to the Kenyan Premier League. The two were the tactical minds behind the club’s exemplary performance in the National Super League (NSL) last season.

Having previously managed two Sofapaka and Mount Kenya United, Egyptian-American Melos Medo is tasked to end Wazito’s misfortunes. However, the tactician has not had a good spell in the KPL judging on his last two assignments.

Medo’s first assignment in Kenya was Mount Kenya United where he recorded a cocktail of results equally characterized with wins, losses and draws in the KPL. However, he had been highly credited with securing Mount Kenya a place in the top tier amid rumours of financial woes.

The tactician stayed with the Mount Kenya for barely a season after he guided them to the KPL. At the time, the club was facing big financial problems and Medo was easily coerced to join Sofapaka FC. His tenure at Sofapaka did not last as he would have expected.

Medo did not last at Sofapaka as he opted out after a mere seven matches in charge of the team. He had had a poor start to his tenure winning only one of the seven matches. He hinted at sabotage from club officials as the reason why he left Batoto Ba Mungu.

The Egyptian-American was sidelined from the sport for barely a month before opting to return to Mount Kenya. His second spell with Mount Kenya, the last before Wazito, was the worst from him in the Kenyan football arena. However, it is fair to say that his misfortunes with Mount Kenya were majorly due to financial problems.

He now comes to a complete opposite situation at Wazito. Money is not a problem for the Ricardo Badoer owned club and they plan to use the money to solve their only problem, results. Ever since they were promoted back to the Premier League, Wazito have managed one win out of six matches.

The club was noise-making on social media prior to the start of the season and were even branded title contenders. The investment made before the season kickstarted matched that of champions. They looked a lot like winning the league on their first season back but things on the ground were utterly different.

Wazito’s experience in the KPL has not been good so far and their 13+ new signings do not seem to have brought any difference to the team. The star-studded team proved to be a headache to Ambani and Okumbi having managed a completely different Wazito team in the NSL.

Medo has been in search of a team of Wazito’s stature ever since he started coachingin Kenya and has just found it. He has never been fired as he is always the one who makes the decision to leave a club. Will Wazito be the first club he is fired or will he bring Wazito’s glory days back?

Wazito desperately need to get their momentum going as they still have a chance of making a mark in their first season back. Medo might or might not be the right man for the job. 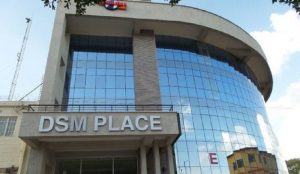