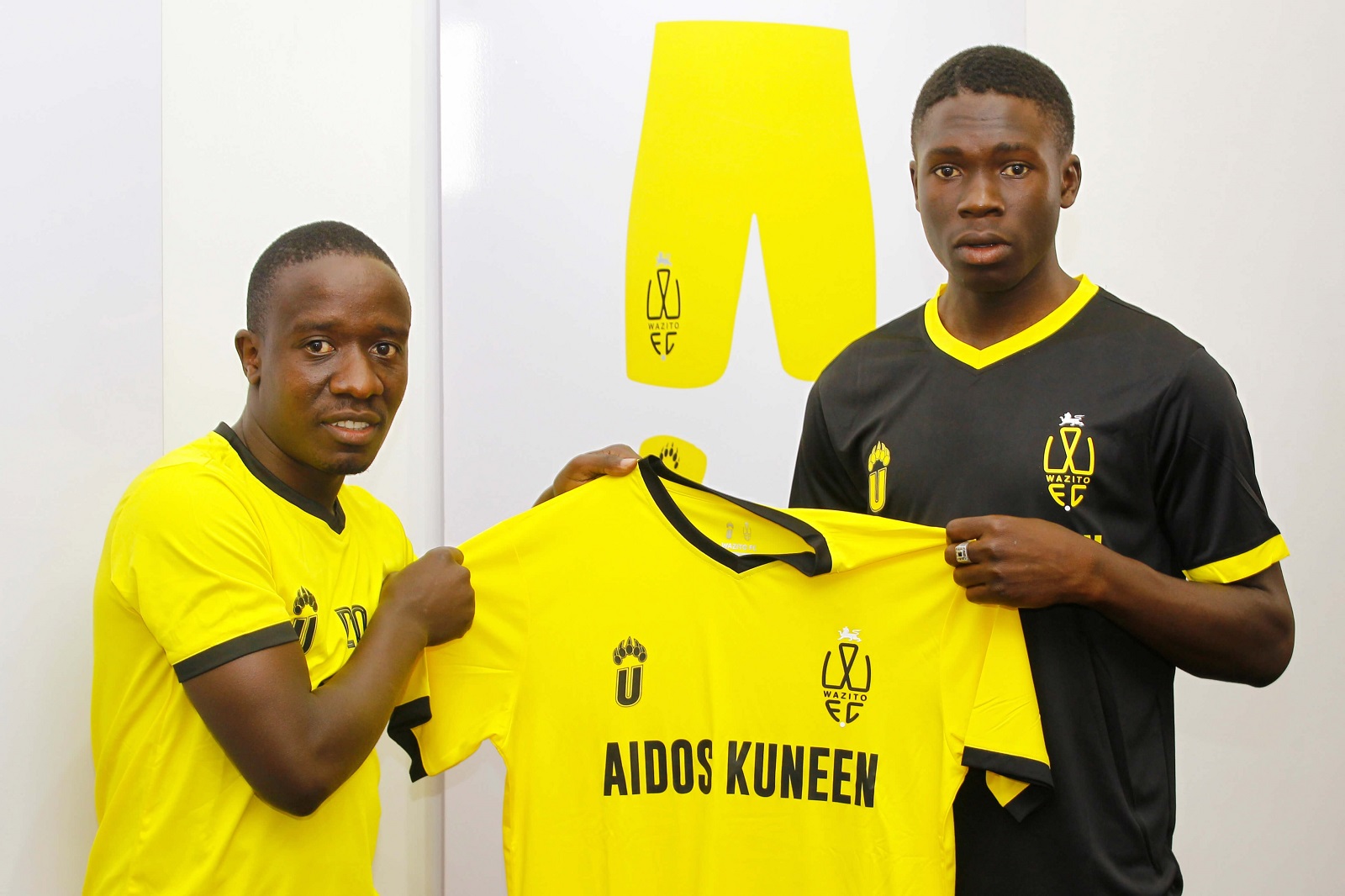 Kenyan Premier League (KPL) side Wazito has boosted its squad by announcing the signing of highly-rated right-back Kevin Okumu from Nairobi City Stars and midfielder Edwin Omondi from Western Stima.

The two join the moneyed side for an unspecified duration and add to the signing of Kevin Kimani from Mathare United, Vincent Oburu from AFC Leopards, Boniface Omondi from Gor Mahia and young defender Mark Otieno from non-league side Leeds United.

“We are elated to announce the signing of exciting right-back Kevin ‘Chumsy’ Okumu from Nairobi City Stars. The defender has been a cog in Nairobi City Stars’ defense for the last couple of seasons and played an integral role in their promotion back to the top tier last season,” Wazito announced on their official portal.

Wazito FC owner and President Ricardo Badoer, in his usual bullish style, gave Okumu a premium ovation. “Another great Wazito FC signing,” he said on Twitter. “Kevin is in it to win it. Welcome To the Best Club in East Africa “chumsy.”

Okumu, who was a top transfer target for champions Gor Mahia, is delighted to join the club and expressed his readiness for the job at hand.

“Finally I am here and I am really happy. Wazito has been my dream team for some time now and I am glad that the move has materialized. To the management and the fans, I want to tell them that I have come here to work hard and challenge for a position in the team. We have to finish in a better position than last season, he stated.

See Also >> Boy Who Survived on Tomatoes Grows Into Billionaire

“He is a young, talented, and hardworking player, a very good addition to the team. In as much as we are working for immediate success, we have to build for the future and with players like him on board, we will have a good foundation,” he stated.

“I have watched him play and I know that he will perfectly fit into our system, I am looking forward to working with him,” added Ambani.

Okumu will, however, have to fight for a starting berth with veteran Dennis Sikhayi and Alvin Ochieng.

Edwin Omondi, however, has a bigger challenge as the defensive midfield position has Joshua Otieno, Brian Musa and Anthony Njeru all fighting to become regular players. He is however delighted to join the club.

“I feel fantastic after signing for Wazito FC because this is one of the greatest clubs in Kenya as of now. My mission is to work hard and steer the team to a better position next season. I urge the fans to keep rallying behind the team and all will be well,” he said.

Wazito is set to announce two more signings in the coming days according to a reliable source – goalkeeper Peter Odhiambo from Gor Mahia and midfielder Fidel Origa from Western Stima. [ Daily Nation ]

Next >> Kenya Student is Africa’s Most Desirable Man