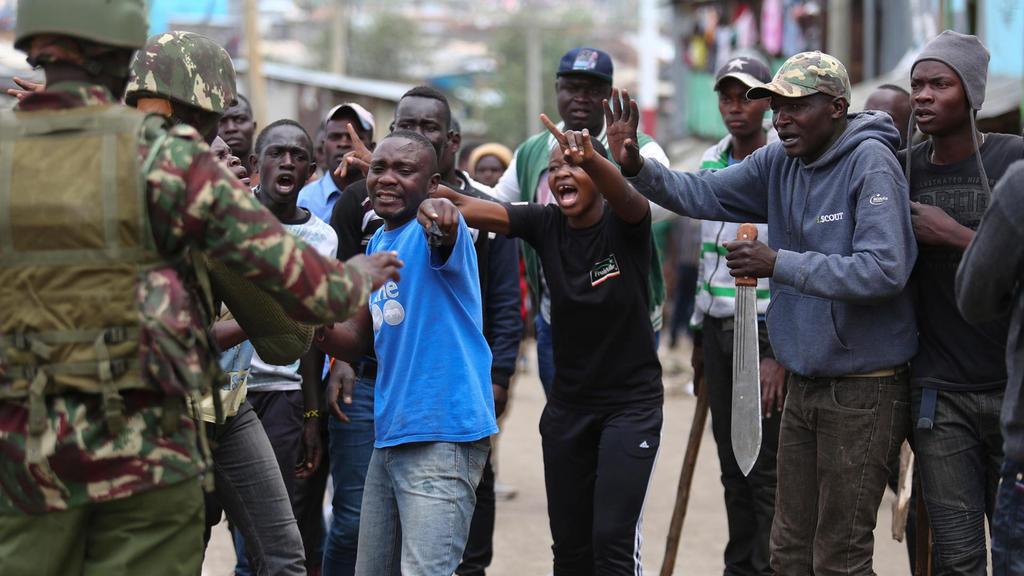 The aftermath of Kenya’s two round inconclusive election has, one more time, sunk Kenya in a trap of uncertainty and v******e. It seems, Kenya has an issue with democracy. In reality it’s rather the opposite, politics, as a system to govern democracy, has a problem with Kenya, and with many other developing and developed countries, including the United States, Italy, Spain or Korea.

For many reasons, Russia and Turkey embrace autocracy, or China the c*******t technocracy, because politics, away from the most prosperous and developed nation-states such as those in Scandinavia, Canada or New Zealand is today a bad and obsolete system to administer and govern a democracy.

We could delve into the details of what politics has become, today. It is first of all a system invented and created over two hundreds years ago in the United States of America and England, based largely on an extremely well established two party system, a serious exercise of individual responsibility, and policymakers engaged with society, to which they are servants.

Politics is today a bad system because, with the endorsement of Western countries and Western-based institutions such as the World Bank, the IMF or the United Nations -a post World W*r II system created by the Allied powers victors of the second great w*r- it fosters the emergence of myriads of political parties which compete for power, embracing a rhetoric of exaggeration and unfulfilled promises, and encountering ways to divide society along the axis of ideology.

Political parties are, in return, i*l-designed organisations of mediocre individuals, mostly, who have an agenda of taking advantage of whatever benefits the party may provide, including but not limited to jobs. Political parties unlike many other organisations, are sources of everything that should not be: nepotism, c********n, kleptocracy, clientelism, connection… time and again they show their inability to function properly and are the key element that has either to be fixed or substituted for a better alternative vehicle.

Many in middle income countries join a political party as a way to secure a job in the Administration, as a way to become influential. Political parties have in addition an ideology, whether left-wing or right-wing, which in today’s society is almost of negligible importance. I don’t mind what’s a doctor’s ideology as long as he or she is the best possible surgeon. I don’t mind what’s an architect’s ideology if she or he will build a beautiful and robust house at at affordable cost in a reasonable amount of time embracing sustainable methods of construction.

Kenyans are not more or less v*****t that Americans or Europeans. The bad system is however in place. The most advanced societies today including Germany and Japan were only 80 years ago History’s most ruthless and v*****t. It’s the system that makes countries malfunction, not ethnicity, climate, or geography, as many scholars have stressed time and again. And whereas politics and the political party could have been necessary in post-independence Africa, today they are bad options considering the wide array of alternative systems that could be implemented, deployed.

I have understood the obsolescence of the political governance paradigm and of the nation-state. Borders matter no more in today’s World, but our ability, as a society to “manage” the challenges proposing solutions. I have created an alternative governance politics for twenty-first century: post-politics, now available in Kenya for all Kenyans to embrace, and enjoy. Post-politics is radically different from politics, and is provided, as a governance paradigm, with an extremely solid, robust, resilient, relentless, smooth engine, able to catapult society to the very best possible future.

Kenyans must know that today, not tomorrow, it is possible to walk together, not divided, towards the best possible society. But civil society, in Kenya as well, must be ready to embrace a paradigm shift in the form of an elegant revolution.

It is absurd to impose politics in Kenya, to make Kenyans line up in queues for hours if not days, when only two available options, both mediocre, can be chosen. Citizens today could choose their elected representatives using the Internet from the comfort of their homes, and they could do every day, not every four or five years. Politics is in reality, a system of which we are all h******s. The system can be changed if it’s not a good system and it is time to say goodbye to a whole category of individuals who suck from the system instead of contributing to making of this society a better one.

Post-politics embraces r*****l policy because we are living times of extraordinary urgency. There is tremendous lack of funding in key areas such as healthcare and e*******n. Post-politics cuts down expenses in unnecessary areas such as the m******y, border control, foreign policy and diplomacy, reducing drastically the size of bureaucracy, federalizing agencies and ministries proposing maximum supranational cooperation with neighboring countries including, for Kenya: Tanzania, Uganda, Burundi and Rwanda. Post-politics is a day to day governance paradigm. If citizens do not like it, they can get rid of it overnight. Post-politics does not pay its policymakers: society does, directly, rewarding them if they are successful at launching and fulfilling policies.

But most importantly post-politics is an entertainment paradigm, the citizen, now viewer and follower, can and will read, watch post-politics since post-politics is, in a nutshell, an entertainment narrative of extraordinary quality, will be able to interact with the show’s protagonists and participate in the decision making, in real time, live. Post-politics is global, as Walt Disney is global, or Steven Spielberg is global. Citizens in any country and territory can now shift to post-politics as their preferred system of governance, of which I am the global administrator, making sure everybody on board abides by a strict set of operating principles, a culture of service to society, and a determination to open up new paths towards the best possible future.

When an airline’s passengers turn v*****t before entering the aircraft, as it’s happened in Europe with Ryanair or easyJet, there is a bad governance system in place, not necessarily a bad aircraft or a bad pilot. A movie, a story, an offering, a service or a product can be bad or great independent from the country from which it originates. Talent is born and made throughout the World, some if not much of it migrates to the more developed countries, unfortunately.

Over the past 10 years, I have met and interviewed personally and face to face over 3 000 experts in 41 countries of territories, a majority of whom have chosen not to be in politics. Politics is a paradigm that does in general not attract the best talent, where nepotism thrives.

The system is broken, not because Africans are poor and c*****t, but because we in the West have manufactured a system that exploits the rest of the World and extracts from it talent, utility and money, as if we were the most fearful dracula, all of the b***d it has got left. The banks and the corporations need to update their operating system, as well, or be left aside, alone, sinking in their trap of misery and lack of mercy. I am ashamed to be a Spaniard, a European, so long as we on this side of the World, remain ruthless and unable to engage in a dynamics of reckoning and acknowledging, as I have previously written, for instance, on The Huffington Post .

I have been designing post-politics since 2002. I have a grand plan for Kenya which I published in the form of a 500 page book in 2010. I am the best coach Kenya’s experts could ever have, and I am ready to step in as soon as Kenya’s society calls us, as you call the police or the firefighters when there is a c***e or a f**e.

The World’s on f**e and there are no good firefighters anymore able to put out the mess. I am offering Kenya today a bargain which is too good to be true, in fact. Top notch Experts from Kenya can now join The Kenya Presidential Team, sending a Resume and Cover Letter to [email protected] I will be personally meeting and interviewing them in Nairobi in a forthcoming visit.