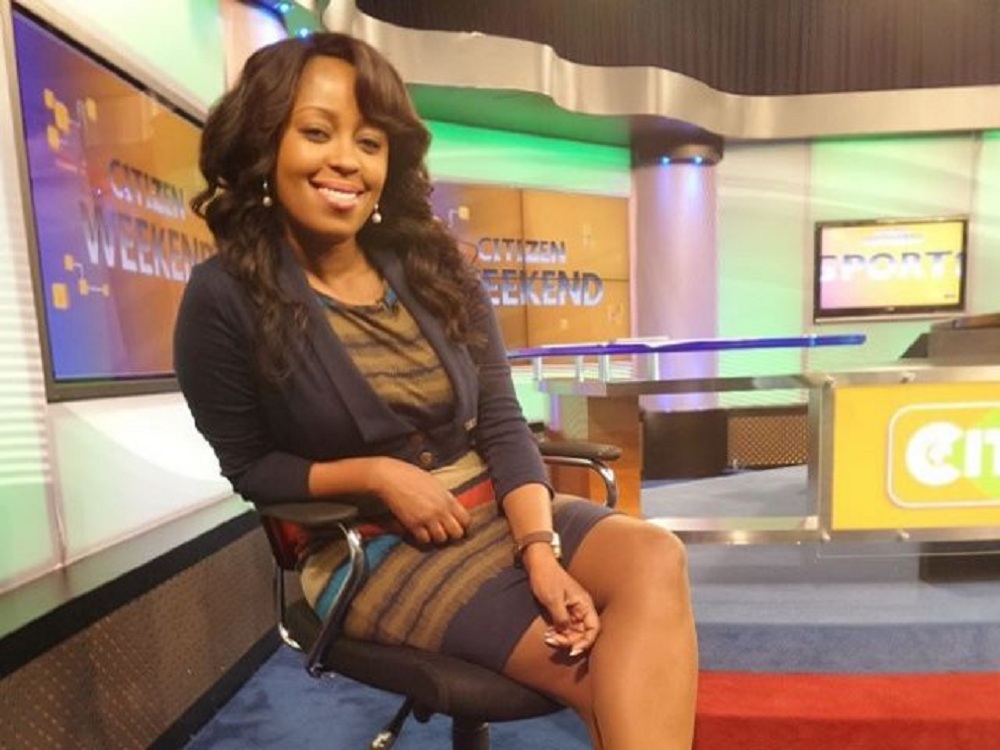 Citizen TV news anchor Lilian Muli has hit back at critics who trolled her on social media following her Wednesday night interview with top KCPE candidate Goldalyn Kakuya and her parents during which he asked if her mother has had issues with a boyfriend.

” I asked her mother about phones and then asked her if she’s had any issues raising a teenager such as boyfriend drama. Did I at any point direct a boyfriend question to her! Unless you grew up in some hole in a pit latrine most 14 years olds have crushes at this age it’s part of growing up! But then again call me that name you posted to my face and let’s square it out man to woman since you choose to hide behind your private account,” she wrote.

Citizen TV has also tweeted her question during the JKL Live interview and the mother’s answer in an attempt to fight back the social media backlash.

Lilian Muli: Have you encountered boyfriend drama, typical 14-year-old issues from her or has she been a relatively easy child to raise?

Goldalyn Kakuya’s mother: She is a very easy child to raise, she is very disciplined, spiritual… I have not had any case on boyfriend…

While the was clearly directed at the mother, some critics insist the question was inappropriate for the 14-year-old who was making her first live appearance on national television. She was clearly embarrased even as the mother praised her briefly laughing when she concluded her response.

It is possible that it was the first issue someone was asking a question regarding relationships.

Though Kenyan schools teach sexuality education under the subject Life Skills, which is compulsory but not examinable, a  recent study showed that most teachers do not give it adequate attention as the concentrate on examinable ones such as Mathematics and English. Most of them are also ill-equipped to handle the subject.

Many parents, especially in rural settings, do not discuss matters to do with sex with their children, as the subject is considered taboo.

“As a Counselor I feel the question that @lilian_muli asked the girl on #JKLive whether she has a boyfriend was [email protected],” Isaac Maweu, a consulting psychologist, tweeted.