In February 2018, electricity consumers were promised that in a year’s time, their power bills would have reduced significantly following the power injection from the Olkaria V geothermal power plant.

The 158-megawatt would be put online as scheduled and thus Kenyans would start enjoying the benefits.

However, it has become a complicated affair since the bills have been on an upward trajectory or minimally stagnating despite the conditions for generating electricity having improved greatly.

The first 82.7MW generating unit of Olkaria V was connected to the national grid in July 2019 but 7 months later, the bills are yet to reflect this extra injection of green energy.

And geothermal generation is not the only one in Kenya’s extra power mix. There is wind and solar which are yet to be optimally tapped and utilized.

See: What the Sh6 trillion stolen from Kenyans could do

But what is the logic behind expensive power and the consequent bloated electricity power bills?

In October 2018, Kenya Power opted for an out of court settlement with lawyer Apollo Mboya who was representing the Electricity Consumers Society of Kenya.

With this setting, it shows that the power monopoly had indeed a case to answer but it opted to deal with the said individual after which the case had to be appealed by another lot of Kenyans led by Jerotich Seii.

Seii is one of the Kenyans agitating for affordable power for all regardless of social status.

While the issue of inflated bills continues, President Uhuru Kenyatta, on the other hand, has committed an extra Shs 15 billion for clean energy generation.

The project with the World Bank is under the Kenya Off-Grid Solar Access Project to improve energy access in 14 counties with low electrification rates.

Kenyatta says that through the initiative, the government seeks to provide energy to 250,000 households and more than 800 public facilities in the 14 counties.

The programme is part of the government’s broader target of attaining an additional 1.9 million solar-based connections through the Kenya National Electrification Strategy that was launched in 2018.

Kenyatta made the announcement on Tuesday when he presided over the official opening of the 6th Global Off-Grid Solar Forum and Expo in Nairobi.

Solar energy is one of the most affordable sources of energy but it remains largely untapped due to financial constraints that come with acquiring and installing the equipment.

While this is a good option for many Kenyans, the cost of a reliable source of solar energy remains out of reach for many due to bureaucracy and the associated costs of going through the same. Thus many people are left to deal with Kenya Power or use kerosene which has several negative effects both economically and health-wise.

The many green energy projects which have cost Kenyans billions and going for months without being put online shows the doublespeak of those mandated to ensure that affordable power is accessible to all.

What should Kenyans do to ensure that the natural resources which belong to every Kenyan are utilized for the benefit of all?

As it is the wind, geothermal and solar seem to have been privatized making Kenyans pay a premium for what belongs to all.

All Kenyans should be enjoying low power tariffs without anyone being disadvantaging others for selfish gain. 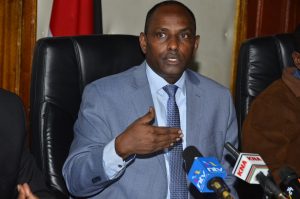