Today, a cash hitch has compelled the Treasury to announce further cuts in the allocation for development projects. The money that had been saved earlier for development will now be truncated to plug a Ksh 161 billion Budget hole, a move that will hurt job creation and upgrade of infrastructure projects.

Last year, the budget cuts affected government officials who would since be denied lavish travel and other luxurious amenities by the Treasury. The state termed these as examples of wasteful spending which had to be cut down to raise money for the development projects which are now in jeopardy as Treasury looks to deal with the deficit.

In the 2020 budget policy statement, Yatani said that the National government’s estimated net issues for the Financial Year 2019/20 of Ksh 1.416 trillion are not fully funded.

“The proposed budget contains a Ksh 161 billion gap, the bridging of which will require further expenditure cuts of a similar magnitude,” Yatani says in the 2020 Budget Policy Statement, which forms the basis for the Budget for the year starting July 2020, that was tabled in the National Assembly. “The scope for these cuts exists only in the development budget and to a small extent in other ‘O&M’ (operation and maintenance).”

The development projects, which will now be stagnant, are a key driver of economic activities and jobs. The financial gap is also accompanied by a consistent failure by the Kenya Revenue Authority (KRA) to meet the government’s lofty revenue collection targets in a soft economy.

The national government is the biggest buyer of goods and services when developing projects which have an effect on economic growth. Kenya’s economic growth is projected at 6% this year but economists have argued that it is near impossible to get to that.

According to London-based David Cowan who is the chief economist for Africa at Citi bank, the implementation of the big four agenda projects ha been slow and that has affected economic growth in the country.

“What seems to materialise this year is that progress in implementation of some of these Big Four projects has been slower than expected,” said Cowan as quoted by Business Daily.

“That’s why I don’t think you are going to see six percent growth (as projected by the Treasury) for 2020. We are hoping these guys (Treasury) get the spending out of the door in the first half next fiscal year or second half of this calendar (July-December), which will push growth to 5.3-5.5 percent at end of this calendar,” he added.

In early December, Yatani lobbied lawmakers to raise the projected expenditure for capital projects by Ksh 73.4 billion. The money was intended to be directed towards President Uhuru Kenyatta’s Big Four agenda and enablers such as roads and power transmission lines.

Three months later, the treasury is broke and is looking to stagnate the same projects to cover a cash hitch. 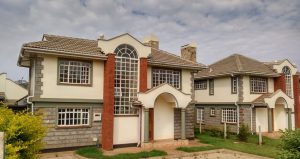