Maisonettes in Mountain View, Nairobi. A report by Knight Frank shows that the property glut in the market is exerting downward pressure on property prices.

Landlords approached the negotiating table with a weakened hand throughout 2019 as buyers and tenants capitalised on the recent slump in the real estate sector to squeeze the best possible deal out of owners and agents, a new report has shows.

Knight Frank’s Kenya Market Update for the second half of 2019, shows that the real estate sector took a beating from oversupply in the market and was also shocked by the struggles of the larger economy.

According to the report, that streak was replicated in commercial and prime residential property backing up the findings of another report by the Kenya Bankers Association (KBA) which showed that oversupply is putting downward pressure on property prices.

The real estate company attributes the struggles of office space to an oversupply of commercial space in some locations and an unfavourable economic climate.

In H2 2019, absorption of Grade A and B office space in Nairobi increased by 41% compared to the uptake in the first half, as fewer but larger deals were concluded. This was primarily driven by a flight to quality stock and increased demand from co-working space operators.

“Landlords are increasingly having to make concessions to remain competitive, including giving longer rent-free periods, reduced rents and escalations, as well as contributing to occupier fit-outs.” Ben Woodhams, Managing Director at Knight Frank Kenya said in a press statement.

Despite this sub-sector suffering from an oversupply and remaining a buyers’ market, sale prices were seen beginning to stabilise. Over the second half of 2019, buyers were keen on closing deals before the end of the year.

Prime residential rents in Nairobi decreased by 2.8% in 2019, compared to 1.3% in 2018. What’s more, prime residential values have been declining at varied rates since the second half of 2016 due to the effects of the cap on interest rates which has now been repealed.

The decline was mainly attributed to the oversupply of residential developments in certain locations such as Karen, whilst fewer expatriates were relocating to Kenya.

Prime residential rents and values are expected to improve in 2020 due to the repeal of the interest rate cap, which is anticipated to increase liquidity in the market.

This contributed to the increased number of distressed properties in the market in 2019 and affected residential values significantly as lenders intensified efforts to recover nonperforming loans through sale of collateral. 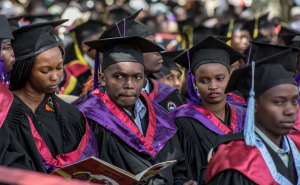 A Simple Guide to Education Investment Plans
Before joining an education investment plan, you need to take…