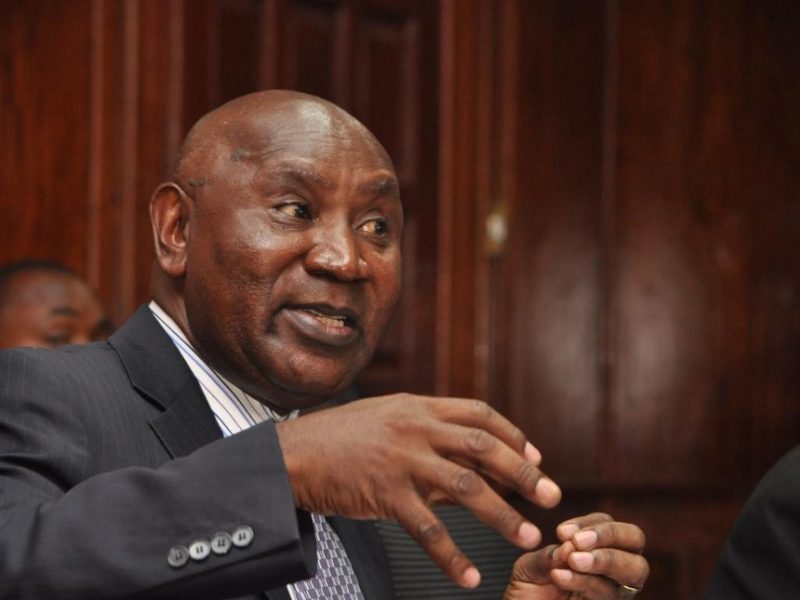 The war on corruption has been scaled up in President Uhuru Kenyatta’s second term but more and more scandals keep cropping up by the day, the latest being the Ksh63 billion dam scandal involving Kerio Valley Development Authority (KVDA) officials who cannot account for the money set aside to solve the perennial water shortage in Elgeyo Marakwet County.

Analysis of the auditor general’s annual reports shows that Kenya loses Ksh1 trillion to corruption annually, which translates into Ksh6 billion for the entirety of the Jubilee Administration’s time in office.

President Kenyatta is on record criticising members of his cabinet over below par performance, some of whom have been implicated in mega scandals and are currently under investigation over different sets of scams.

In the build up to the inaugural Blue Economy Conference held in Kenya last year, Uhuru entrusted the organising of the global event to Chief of the Kenya Defence Forces (KDF) General Samson Mwathethe saying that cabinet secretaries could not be trusted with such a crucial task since their first instinct is to ‘politic or ask for more money’.

But the key question is what the Ksh6 trillion could have done for the country.

Kenyatta National Hospital (KNH) has been on the limelight for all the wrong reasons. A botched surgery got the hospital’s former chief executive Lily Koros sacked.

Ksh 500 billion from the looted Ksh6 trillion could have been used to build 10 more referral hospitals which would have been hugely complementary to plans to roll out Universal Health Coverage (UHC) across the country as part of the President’s Big Four Agenda.

No further debt for the SGR

Construction of the Nairobi-Naivasha route is already ongoing after Kenya secured funding for the project in 2017 while negotiations for the last phase of the project are ongoing.

Negotiations stalled as Kenya was yet to complete a feasibility study for the project. Once it is done it is expected that China will bankroll the project.

That would mean that Kenya’s debt would be currently standing at Ksh4.73 trillion instead of the Ksh5.3 trillion debt the country has to its name at the moment

60 dams across the country

The government had mooted the idea of constructing the 60 dams in different parts of the country to boost food security and provide water to Kenyans but the project continues to be a mirage due to project delays, financing issues and lethargy by contractors just like in the case of the Ksh63 billion Arror and Kimwarer multi-purpose dams project.

For a country where drought strikes often, the dams would go along way in solving a critical problem once and for all.

Building the 60 dams would cost the country Ksh300 billion.

The Lake Turkana Wind Power Farm is complete and is set to inject 310MW to the national grid. The total cost of setting up the wind farm was Ksh68 billion inclusive of the 400km transmission line from Lake Turkana to Suswa Sub Station in Nairobi . It is anticipated that once the project is fully operational, the price of electricity will be reduced further.

Setting up 5 more wind power farms like that would cost the country Ksh340 billion.

During President Kenyatta’s visit to the White House last year, the Kenyan and the American governments could not agree on the financing framework of the proposed 473 kilometre four-lane dual carriage highway from Nairobi to Mombasa.

The two governments concluded to engage in further negotiations while the American company expected to undertake the project, Betchel Corporation is stuck in the middle.

The project if completed would ease overdependence on the Standard Gauge Railway (SGR) and would also cut down the time taken by travelers and businessmen between the two cities from ten hours to just under four hours.

The estimated cost of the project is Ksh300 billion.

During the launch of the Jubilee Manifesto ahead of the 2017 general election on June 26, 2017, Deputy President William Ruto claimed that the government would build four more stadiums in addition to the five he and Uhuru promised to construct once they got elected in 2013.

He promised that the stadiums would be ready for sporting activity one year from the time he was speaking……A promise which is yet to be fulfilled.

It is worth remembering that Kenya was stripped off rights to host the 2018 African Nations Championship (CHAN) for under preparedness. For keen sports observers, Kenya was never going to host the tournament owing to the poor state of sports infrastructure in the country.

Out of the Ksh6 trillion, Ksh 150 billion would have been set aside to build 5 stadiums at Ksh30 billion each. The stadiums would be at the level of Spanish football giants Atlético Madrid’s Wanda Metropolitano Stadium and would immediately put Kenya among African countries with the requisite sports infrastructure.

The total cost of the projects mentioned above is Ksh2.16 trillion, Sh3.84 trillion shy of the total looted funds.