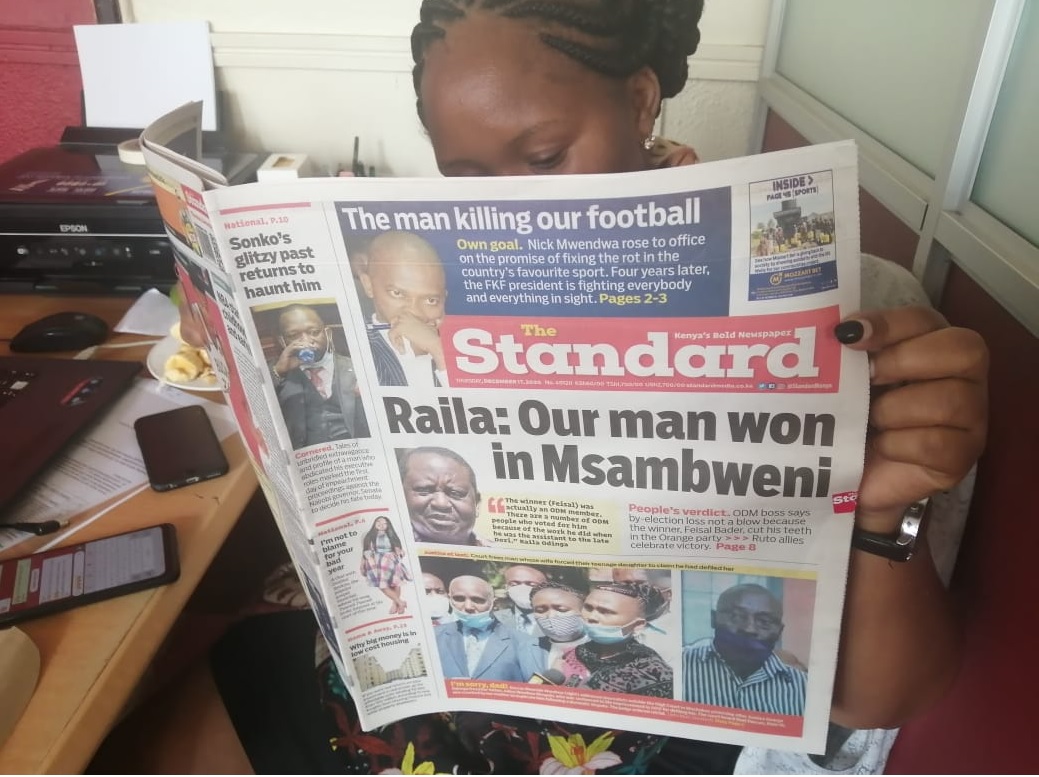 Standard Media Group managing editor Dennis Galava has quit in a surprise move that has left journalists at the media house in shock. Galava, who has been in charge of the daily editions (Monday to Friday), is understood to have resigned three months ago and served notice until yesterday 16th December 2020.

Today’s paper was his last official assignment for the Standard Group, though insiders say he had already planned for tomorrow’s paper. Galava today morning sent out a short email to staff announcing his resignation.

“Morning Team,” says the email, seen by Business Today, “it has been great working with you all. Yesterday was last working day. You’ve been a fantastic team and it was always refreshing to work with you. Look you.”

Galava has confirmed to BT that he has left Standard, but declined to give more details about his exit, which is expected to put the media house’s editorial policy into sharp focus again. Speaking on phone, Galava just said it was an “amicable separation.”

It’s not clear whether he quit or was forced to do so. It presents Editor-in-Chief Ochieng Rapuro with the headache of finding a replacement ahead of of the 2022 elections in a media house with strong political interests.

Galava joined Standard in October 2019 in a high profile appointment that the media industry took cautiously, though. Indeed, given his love-hate relationship with Standard, it is surprising that he would work for more than a year. Before returning last year, Galava had quit Standard in March 2017 after serving just five months, citing freedom limitations.

His latest move has been described by a senior official at Standard “as the right thing” for the newspaper and Galava, known for his bold journalism. Since he joined Standard, the daily newspaper has stepped on the toes of many people, including politicians and government officials.

His tour of the newsroom in senior positions has often been tumultuous. While serving as special projects editor at Daily Nation, Galava found himself in trouble after a hard-hitting editorial he wrote on President Uhuru Kenyatta’s administration was used to push him out of Nation Centre.

More is likely to emerge in the next few days on his exit and the relationship he had with the Standard management and his colleagues over the past year.