Grand Return: Denis Galava is back at the Standard with more editorial responsibilities. [ Photo / Business Today ]

The Standard Group, seeking to re-energize its journalism, has rehired Denis Galava, pushed out two-and-a-half years ago, to lead its daily publications.

Galava, a PhD student at the University of Edinburgh in Scotland, takes over the mantle from Kipkoech Tanui, who was recently elevated to the powerful position of Executive Editor and Head of news.

The appointment takes effect today, 1st October 2019, and must have got the Standard newsroom by surprise, coming after the media house failed to get Bernard Mwinzi to cross over from Nation Media Group.

The Nation management countered the offer and promoted him to managing editor weekends, sending the Standard back to the drawing board and giving hope to inhouse candidates.

He will work closely with the Head of News to guide other editors and commercial in improving journalism and growing ad revenues. Denis Galava is an experienced journalist and is seen by many media managers as an independent and hard-nosed editor.

Meanwhile, this is a grand return for Galava, who quit in a huff in March 2017 just five months after taking over as managing editor for weekend editions.

See Also >> Interview – Denis Galava Speaks on His Return to Standard, and His New Strategy

He then went into corporate communications, landing the position of director for media and advocacy for the African Wildlife Foundation (AWF). Previously, he worked at Nation Media Group, and held senior editorial positions, including managing editor for Saturday Nation and Managing Editor for special projects.

While at Saturday Nation, Galava ran afoul the NMG editorial system when he published a strongly worded editorial on 1st January 2017, criticizing the Jubilee Government for failing to perform. After a kangaroo style investigation and adjudication, he was fired towards the end of March 2017.

Galava holds a Bachelor of Education (Arts) English and Literature from Kenyatta University and two master’s degrees – peace studies from Coventry University and African Studies from Oxford University. He is currently studying his PhD at the University of Edinburgh in Scotland.

He, however, faces the unenviable task of transforming the Standard daily editions which have been struggling to attract and retain readers. Business Today understands the daily edition circulation is just under 50,000 copies per day, way below market leader which sells about 100,000.

Content will be key for Galava to deliver better fortunes. But the operating environment will be even more important, especially given Standard’s culture of censorship that frustrates journalists and editors.

Will he stay the course? 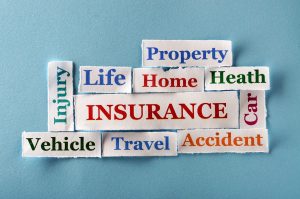