As Denis Galava takes the mantle of Managing Editor at Standard newspapers, media industry will be watching how he handles censorship. [ Photo / Business Today ]

Standard Media Group has finally found someone willing to take the hardest job in newspapering.

The media house, which hired an editor-in-chief in June after months of searching, announced on Monday, September 30th 2019 that African Wildlife Foundation (AWF) director for media and advocacy, Denis Galava, had taken up the post of managing editor, daily publications.

The hiring of Mr Galava, 44, continues Standard’s recent culture of looking outside the company for an editorial leader who would help the newspaper break from its past, riddled with slowing circulation and a drop in ad revenues.

Kikpkoech Tanui, the previous in-charge and a Standard insider, was promoted after the media house scrapped his post of deputy editorial director and ME daily and appointed Ochieng Rapuro from Nation Media Group as chief editor.

Media observers see Standard’s decision to bring back Galava as bold but by no means unprecedented. Media houses have perfected the art of swallowing humble pie and rehiring good journalists who left or had even been fired.

Nation rehired both Mutuma Mathiu (now editorial director) and Pamela Sittoni (managing editor, Daily Nation) after they had moved to Standard. At Standard Ochieng Rapuro, who left years back while serving as business editor, returned in June this year as editor-in-chief.

“This is a bold step by Standard,” says Dr Jared Obuya, a journalism lecturer at Moi University. “Galava is also a bold journalist who’s definitely going to raise the bar by providing the much needed critical media scrutiny of our social institutions, which has been lukewarm ever since President Uhuru took power in 2013.”

He rejoins his former NMG colleague to try and sort the problems plaguing a media house that once enjoyed a sterling reputation.

Mr Galava, who previously was managing editor for Saturday Nation, took over the helm today 1st October, 2019, and hopes to rebuild trust with readers who have been turning to rivals and digital platforms as well as advertisers whose spend began to dwindle three years ago when Standard fired some of its best journalists in a scrappy cost-cutting move.

Speaking to Business Today, Mr Galava said he was excited by the “adrenaline of the newsroom” but acknowledged the hard task ahead of him in the new role. “After three great years in corporate communications, I am glad to be back in the newsroom,” Mr Galava, 44, said. “It is exciting to do what I do best.”

He will be in charge of the newspaper editions produced during the workweek, Monday to Friday, which forms the bigger plank of Standard newspaper business. The weekend editions, which he managed sometime in 2016, are headed by John Bundotich.

It will be a monumental task. Standard newspaper, like other print media in Kenya, has been losing readers and advertising due to changing political economy and media consumption trends.

It is understood that circulation has contracted to just about 50,000 for the daily editions, and 10,000 or so less for the Saturday and Sunday. That’s very worrying compared to its rival Nation Media Group which has also recorded a drop in circulation to about 100,000 on average, down from the 180,000-200,000 range six years ago.

Thus, most editors face the twin challenge of first halting the decline in readership and then growing the numbers. “It’s all about content,” Mr Galava says. “Look, even TV viewership is falling yet the population is growing.  People are not buying newspapers and watching TV because the political economy has killed news.”

Newspaper readership on the wane

Between 2010 and 2013, newspaper editors were given five-figure growth targets (10,000 and above) in circulation. These days, ambitions have shrunk to less than 2,000 in a country where winning over newspaper readers is about as hard as getting professional journalists.

Before spending three years as media advocacy director at AWF and, Mr Galava held numerous top roles in Kenyan media industry. He helped oversee Saturday Nation and later the Special Projects desk for Nation and relaunched the Nairobi Law Monthly after it was bought out by Senior Counsel, Ahmednasir Abdullahi.

Mr Juma Kwayera, a former Standard political reporter, says Galava brings in some degree of firmness in news gathering and processing that had hitherto been Standard’s weak point.

“We might also see a sharp decrease in quotes from ghost sources,” says Juma, who is the chairman of the Kenya Union of Journalists (KUJ). “It also goes a long way in casting Standard as a media house that’s open to Kenya’s ethnic diversity.”

Mr Juma says the media industry is celebrating Galava, an editor who was mistreated by a former employer (NMG) for taking a stand on critical national issues.

“Most importantly, Galava is one of the best headline writers, other than the late Ali Zaidi of The East African,” Mr Juma observes. “Galava is creative and adds life to flat stories in the manner he chooses headlines. This will help young reporters and especially subeditors build confidence and be more creative.”

Dr Obuya, himself a former Standard editor, says Galava’s return is good for the development of journalism in Kenya. If he works well with Kipkoech Tanui, he says, they could produce a strong pair of heads that can easily boost circulation for the Standard newspapers.

While Mr Galava has worked in media for over 15 years, he has never faced a turnaround job like this one. Growing readership for five newspapers and magazines will demand a high price on his time, making painful but much-needed changes in editorial and stepping on the toes of the political leadership and, often times, the Standard ownership.

There’s new leadership and I have every reason to believe that the ecosystem has changed.

“Standard is a tricky ecosystem and so is the entire media industry,” says Dr Obuya, “He may want to be bold but the reality is he will be censored especially with political temperatures rising. How he handles this will determine whether he will stay on until the next election.”

It is understood that Galava walked out in March 2017 due to interference from management and the owners, who comprise the Moi family led by Baringo Senator Gideon Moi. He must have learned one or two things from that experience and now pretty well knows the red buttons.

“There’s new leadership and I have every reason to believe that the ecosystem has changed,” Mr Galava said.

Next Read >> In The Rise and Fall of Kenya’s Betting Giant SportPesa, Big Lessons for Kenyans 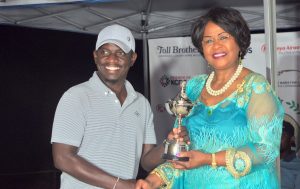