SportPesa CEO Ronald Karauri at a past event. He revealed that the company has applied for a betting license and will return to Kenya once provided with one. Photo/ The Star

The 2014 FIFA World Cup was an entertainment-filled event that was highly followed globally and also locally in Kenya.

However, in Kenya, the tournament brought a difference to the sporting sector. A difference that couldn’t have been thought to be big at the time. Something new came to Kenya, sports betting, brought about by the mighty SportPesa.

SportPesa officially began its operations on February 2014 with a cash injection of Sh 400 million from Pevans East Africa. However, it was during the 2014 FIFA World Cup that a significant amount of people used the platform. There were a few betting platforms in Kenya before SportPesa came through but none had really cracked the market.

At that time, most of the betting company’s new customers knew of the site through friend referrals. Most people were just giving it a try to know if one could really make money with sports betting. It was a new idea to Kenyans, one they had just heard of but not really tried.

Those who were lucky enough to win a couple of bets during the first years of SportPesa stayed put while those who were not lucky chose to walk away from the vice.

Then came the 2014/15 footballing season. Sportpesa made great business during this time as the platform provided matches from around the globe for people top place bets on. At this time a majority of the Kenyan youth were already betting on SportPesa and thought it was profitable.

Talking to Business Today, a betting addict said that he joined the platform in 2015 and has been counting profits. Idrissa Keitany, joined Sportpesa when it was on its way up at a very fast speed. Keitany, however, discouraged the Kenyan youth from betting.

“In betting, there is a 50/50 chance of winning, you are never guaranteed of winning. I do it for fun, to enjoy watching a match,” he advised, “someone with nothing to do will be doing it hoping to make a living from it. It can be addictive,” he said in a phone interview.

Since breaking out in the 2014/15 season, it was all the way up for Sportpesa. It was during this time that the company introduced a jackpot which was playing at a constant Sh 8,000,000.

The first jackpot winner, Paul Wainaina, walked away with Sh 8.9 million. After Wainaina’s victory, there was no winner for a while until SportPesa decided to increase the jackpot. The amount was increasing weekly and continuously attracting people.

SportPesa’s decision to increase the amount of the jackpot paid off well as people became continuously attracted to it. With the money trickling in as there are more players in the jackpot than there are winners, SportPesa introduced the Mega jackpot.

The Mega jackpot amount increased faster as the figure attracted many. The first winner of the Mega jackpot, Sam Abisai, managed away with Sh 221 million. Then came Gordon Ogada who won Sh 230 million. Ogada is the highest jackpot winner in the country.

A large number of people were unsuccessful with their attempts to win either the normal or the mega jackpot but some of them were lucky to have won a jackpot bonus. This is where the gambler does not correctly predict all the games but gets a number of them correct.

As more Kenyans became familiar and even most of them addicted to Sports betting, SportPesa made more revenue. Even with the coming of other betting sites like Betin Kenya, Betway, Betika and others, SportPesa was still the dominant force in the market.

SportPesa used part of the profits they made to support Sports locally and Internationally. The company mainly ventured in football sponsorships starting with Kenyan clubs. First, SportPesa signed sponsorships with AFC Leopards and Gor Mahia.

SportPesa will now have operations in Tanzania, South Africa, and the United Kingdom.

These deals never lived the three years as the betting company withdrew the sponsorships after shut down by the government.

For the past two years, Kenyan football has been dependent on SportPesa. The league was sponsored by the betting company and even donned the name ‘SportPesa Premier League’. Ever since the company’s operations were shut down by the government, local football has suffered a great deal.

SportPesa’s downfall in Kenya began when Interior Cabinet Secretary Fred Matiang’i alleged that they (SportPesa) were not tax-compliant. The CS put SportPesa along with other betting firms on the spot for tax evasion and even ordered the Betting Control and Licensing Board (BCLB) to withdraw all licenses.

Despite several attempts to earn a license, SportPesa was unsuccessful in the quest. The company then canceled all sports sponsorships in the country and promised to regain them once they got their license.

The furthest the company got in regaining its license was clearance by the Kenya Revenue Authority (KRA). After SportPesa were cleared by the taxman, BCLB ordered them to reapply for their license which they did.

Loyal SportPesa fans were impatiently waiting for SportPesa to be back after the Greenlight by KRA. However, the customers’ dreams of ever seeing Sportpesa back were shattered after the betting company decided to shut down operations in Kenya.

Next Read >> How to Become a Billionaire Without Going to School 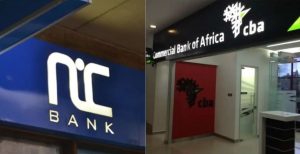