Ever since the government crackdown on betting firms, only a handful firms have been operational. Photo/ Courtesy

In the second half of 2019, Kenyan betting firms have had it rough after Government crackdown led by Interior CS Fred Matiang’i over tax compliance.

These firms have been struggling to get their businesses running as they raced to acquire new licenses. Over three months after the crackdown by the government, a number of leading betting firms are yet to resume normal operations.

SportPesa and Betin Kenya are among the big firms that are yet to resume operations despite dominating the industry before the crackdown by the Government. Matiang’i had announced that they would do security vetting on their operations and directors in Kenya before renewing the licenses of the betting firms.

Despite the companies moving to court and public outcry even including from some leaders, only licenses of about 10 companies were renewed which were deemed to be tax compliant by Kenya Revenue Authority (KRA).

SportPesa was cleared by the taxman but is yet to get a license from the Betting Control and Licensing Board. The betting company was instructed to reapply for the license, which it did but has not yet got a license.

The inability of leading betting firms to renew licenses on time has proved a golden chance for smaller firms to step up. In the absence of SportPesa and Betin, Kenyans have been using the operational betting firms for Sports betting.

Odibets, for instance, deemed as one of the fastest growing in the country, was among the first one to be cleared by the Government for operations. Along with other operational betting firms, Odibets has been providing services to Kenyan gamblers.

As part of the deal to have their licenses renewed, Betting firms had to implement the 20% withholding tax on winnings. Odibets, Betika, and Betway all came back to the market with this new development.

This action, however, attracted negative comments from gamblers who expressed their frustrations on social media. The gamblers complained that staking too high on little odds could not bring a profit as most of it pays off the withholding tax.

During the time Sports betting has dominated the country, we have witnessed lucky gamblers walk away with millions of the jackpot prize. However, with the absence of SportPesa and Betin, there hasn’t been a lot of Kenyans who have proved to profit a lot from gambling.

However, Odibets recently announced a half a million winner of an 8-team multibet. With the absence of jackpot winners, the win by the Odibets customer has been the best ever recorded winning since the Government crackdown.

Titus Kioi Muruga who hails from Gatundu managed away with a whopping Sh 427,181 after placing an 8-team multi bet on Odibets. 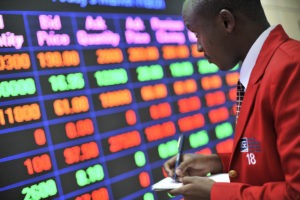