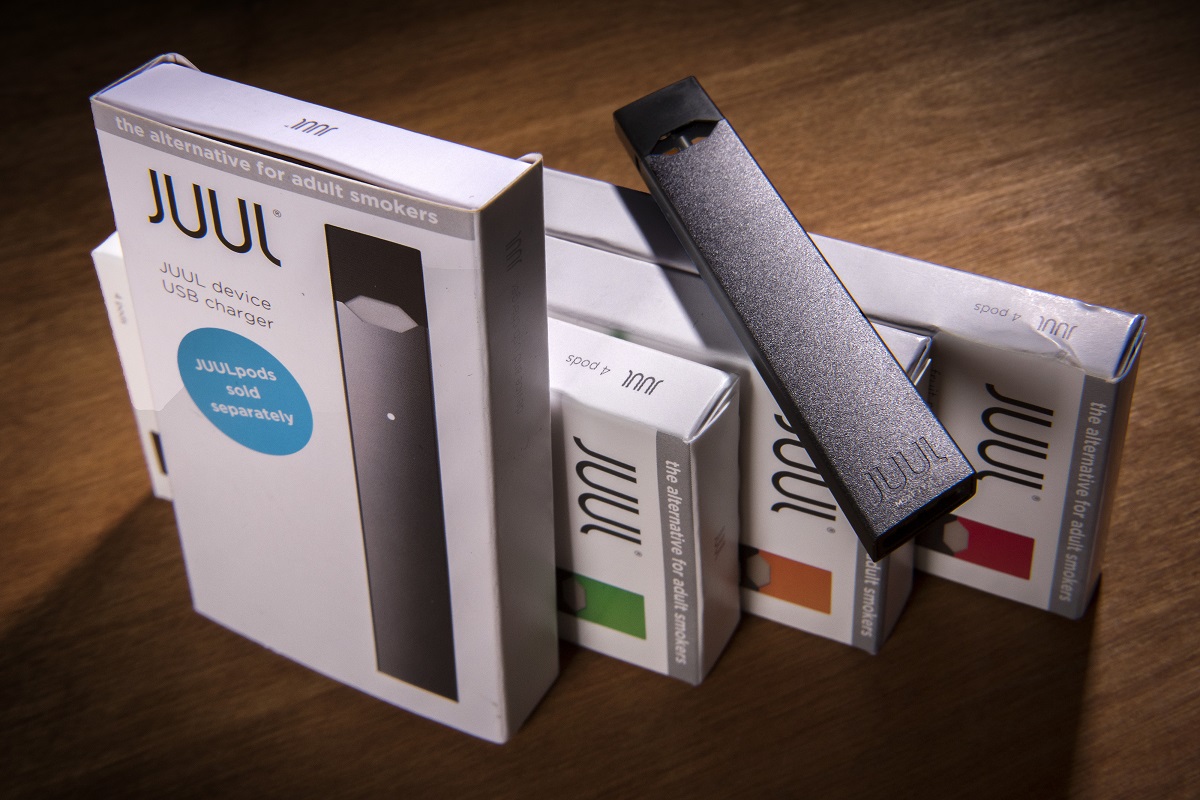 A Juul vaping system with accessory pods in varying flavours. There have been health concerns about e-cigarettes. [ Photo / Time.com ]

Tobacco manufacturers are banking on e-cigarettes to increase sales and reduce the harmful health effects of smoking.

Countering concerns by health experts and consumer regulators, industry leaders at the recent Global Tobacco & Nicotine Forum (GTNF) held in Washington DC sought to put up a strong case for the use of e-cigarettes as a safer alternative to combustible smoking.

The use of e-cigarettes, or vaping as it is known, is facing resistance following claims that it could create a new generation of nicotine addicts and a rise in lung illnesses.

Investigators from the Centers for Disease Control and Prevention are scrambling to figure out what’s causing hundreds of people to fall ill from vaping. At least 11 people have died in recent weeks from a lung disease that resembles a rare form of pneumonia.

Speakers at the Global Tobacco and Nicotine Forum insisted the link to vaping is not scientifically proven.

Philip Morris International CEO Andre Calantzopoulos said the vaping health crisis sweeping across the U.S. right now is highly emotional and would result in a tightly regulated market within the next two to three years.

“It is a very emotional issue as we know because it involves use by teenagers and this should be the priority by everybody to address because this is a serious issue,” he said.

Calantzopoulos said by the next few years, tobacco markets will be highly regulated in terms of product, marketing and other restrictions.

E-cigarettes are battery-operated devices that people use to inhale an aerosol which typically contains nicotine, flavourings and other chemicals. They are marketed as safer than combustible tobacco and are especially popular among teenagers in developed countries.

However, they are banned in many countries such as Brazil, Singapore, the Seychelles, Uruguay and India because of fears they could engender nicotine addiction among teenagers. Kenya has no policy on e-cigarettes.

Mr Mitch Zeller, director of the Food and Drug Administration’s Center for Tobacco Products said a world free of nicotine addiction was still achievable. “Adults seeking nicotine can find it in alternative and less harmful sources,” he said. “This will also decrease the likelihood of future generations of kids to ever become addicted to cigarettes even if they experiment with them.”

He said innovative smoking would not only allow more addicted adult smokers to quit but would also produce potentially less harmful products.

“Nicotine regulation will support innovation for medicinal nicotine products and other therapeutic cessation aids to help smokers quit,” he said.

Next Read >> The Best Companies to Work for in Kenya