The two-day Labour-day weekend event was held at the Oak Creek Golf Course located in Upper Marlboro, Maryland. The annual event has now been established and is often referred to as the African Diaspora “Masters” golf event of the year and the Safari Golf Club major season-ender in North America.

The DMV Invitational Golf Tournament 2019 had a cross-section of winners cutting across the social-economic strata led by M Huruko, a Kenyan based in North Carolina.

Originally from Kenya and briefly residing in the state of Massachusetts, Mr Huruko has been playing golf for the last nine years and also works part-time as a caddy during the Golf Pro-Am in Wyndham championship, Greensboro North Carolina and Travelers Championship Golf tournament in Connecticut. He also enjoys working with children to improve their golfing skills.

The Women’s Category title was hotly contested and was won by thirteen-year-old Emma Koech, a US-born Kenyan amateur golfer based in Maryland. She also bagged the Ladies Longest Drive award on day one proving herself as a leader in her own rights.

Already showing her prowess at a tender age, she is in the Talented and Gifted program in her Middle School with a stellar performance as a track and field athlete.

The Women’s Overall Category runner up Janet Mawiyoo, Chief Executive Officer of the Kenya Community Development Foundation (KCDF), also received the Closest to the Pin award. She had traveled from Kenya to participate in the event both as a golfer and to create social awareness on the various platforms the Diaspora can support community initiatives through KCDF.

Lowest Gross winner was Joseph Sainah, a Kenyan based in Dallas.

The Men’s Closest to the Pin winner was Ibrahim Guled, originally from Somali now residing in the Washington DC Metro area. The Women’s Longest drive winner on day two was Josephine Onuigbo, a Nigerian based in Maryland. The Men’s Longest Drive was won by Dancun Bitok on day one and Sam Mwaura on day two, both Kenyans based in the US.

The theme this year was the “Spirit of Giving Back” featuring KCDF, a Kenyan development grant-making organization, founded and registered in 1997. It supports communities to initiate and drive their development agenda by harnessing and growing their resources as well as securing their fundamental rights and services from duty bearers.

The golf tournament started as a small group of friends meeting to catch up and enjoy a good game of golf.

The partnership with the DMV Invitational Golf Tournament was initiated and supported in the US by Friends of Kenya Community Development Foundation (FoKCDF), a philanthropic initiative created to engage and connect with the Kenyan diaspora on behalf of KCDF.

These sponsors included organizations like GolfStiks, an organization that facilitates golf gear renting from other golfers; Kenya Airway which recently introduced the New York – Nairobi route for its customers; Africa Welfare Association, a pioneer provider of services to its Diaspora members in the event of loss of a loved one; Toll Brothers, a Fortune 500 Company in the US and a national leader in the building of luxury homes.

Other sponsors included Cypace Marketing, a marketing and public relations agency that includes the DMV Invitational Golf Tournament as one of the clients it offers marketing, communications and public relations services; Wachira Wines, a family-owned Urban Winery founded by a female Kenyan-American Vintner, Dr Chris Wachira famously known for the Safari Wine brand in California; and Fete Em Apreme a series of events who showcase “not your ordinary day party”  featuring contemporary and distinct acts to deliver an unforgettable lifestyle experience.

DMV Invitational Golf tournament started as a small group of friends meeting annually to catch up and enjoy a good game of golf. The first golf tournament, which would later become the inaugural event, was played by eight participants back in 2012 at Renditions Golf Course in Davidsonville, MD. 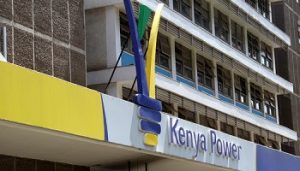