New Standard Group Executive Editor and Head of News and Convergence. His appointment comes weeks after he lost out in the race to replace Joe Odindo. [Photo/Business Today].

The Standard Group has named Kipkoech Tanu as the Executive Editor and Head of News and Convergence a new role that effectively places him as the second in command at the Mombasa Road based media house.

Hitherto, Tanui, formerly the deputy editorial director and Managing Editor, Daily Editions, had appeared to have been edged out following the appointment of Ochieng Rapuro as Editor-in-Chief and Bernard Kimanzi as his replacement on the daily editions desk.

“He can be best described as the second in command or rather the group managing editor. The new portfolio not only places him at the core of the news gathering and editing process across all Standard Group platforms but also in overseeing the merging of its various outlets – print, television, radio and online, which is vital in the face of the digital revolution that is disrupting the media sector both locally and globally,” an editor at The Standard Group told Business Today.

Tanui, a veteran in the media industry, has served the Group in various editorial leadership positions since joining the Group in 2001 from NMG, including as Managing Editor, Weekend Editions, Daily Editions and The Counties; and also as Group Managing Editor for the Standard titles.

He is a prolific opinion writer and is well known for his weekly column in the Friday Standard.

Tanui was seen as one of the potential replacements of former Editorial Director Joe Odindo before the media house unveiled a surprise package in Rapuro, who was poached from The Nation Media Group where he was serving as Managing Director of the weekly regional newspaper, The East African.

The move was seen as a breakaway from the tradition at the media house where selection of the CEO or editorial chief was largely influenced by the Moi family and businessman Joshua Kulei, who hold the majority stake in the Nairobi Securities Exchange (NSE)-listed media house.

Already, Rapuro has moved to assert his authority by issuing an edict that, among others, bans Standard Group journalists from getting cozy with news sources, including politicians and accepting gifts from them either in cash or in kind.

Through a terse memo issued on Wednesday, Rapuro banned out of office trips at the invitation of news sources or their agents, saying it has become a negative source of exposure that is affecting journalism at the media house and must be decisively dealt with in order to reclaim the integrity of its journalists.

In addition, he said, any company, agency, organisation or individual inviting a Standard journalist must sent the invitation to the news editor, section editor or managing editor before they can attend their function or event.

Such an invite must not contain the name of an individual and it shall be the prerogative of the editor to invite the relevant journalist for purposes of honouring the invitation.

Any invitation coming with the name of a reporter or editor will be rejected unless the sender allows the editor to nominate an alternative person.

Also, no journalist will be allowed to accept gifts from new sources in cash or any other form in line with the media house’s policy.

Any such gifts brought to newsroom will be collected in a pool that will be administered by administration assistants for ultimate contribution to needy persons or children’s homes. 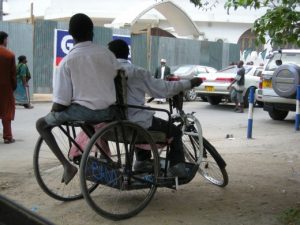