Growth in mobile data revenue is expected to return to double digits in the second-half of this year driven by increased penetration and usage. [ Photo / Tech Arena ]

Safaricom’s huge profit for the half-year ending September 30, 2019, isn’t very surprising. The company has set a profit growth trend that has turned into a ritual.

While profit for the period increased marginally, Safaricom PlC sustained its record-breaking trend in Kenya’s corporate sector, setting the ground for a major leap in full-year earnings at the end of March 2020.

The mobile operator recorded a net profit of Ksh35.7 billion from revenues of Ksh124.3 billion. From the figure, Safaricom actually makes Ksh680 million per day from Kenyans using its services, translating to about Ksh28 million per hour and Ksh472,000 per minute!

Just where does the money come from? Business Today has combed the books and gives you a simplified peek into the Safaricom money machine.

Voice declined 1.4% to Ksh46.87 billion, while messaging declined 11.0% to Ksh8.6 billion. This decline was partly driven by competitive pressures and migration to newer technologies, and partly by the impact of corrective actions taken last year to make it easier for our customers to manage their premium rate subscriptions, and opt out of them where no longer needed. Voice and messaging are now 44.6% of service revenue.

M-PESA sustained its growth in the 2020 period recording growth of 18.2% despite the impact of the slow-down in the gaming industry. The growth was driven by 12.4% increase in 30-day active M-PESA customers to 23.61 million and a 7.8% growth in monthly usage per customer to 13 chargeable transactions per month.

Mobile data registered a 4.0% growth in revenue as the company repositions data bundles and absorbs the excise duty increase. Mobile data now accounts for 15.9% of service revenue and registered an impressive 14.6% growth on the revenue earned in the second half of last year.

“Growth in mobile data revenue is expected to return to double digits in the second-half of this year driven by increased penetration and usage,” the company says in results released today.

Interim CEO Michael Joseph says Safaricom’s top priority for the first half of this year is to regain customer trust and growing market share. “We have witnessed improved customer sentiments and a market share increase for the first time since 2017,” he said.

He said in the first half of this year, Safaricom accelerated the 4G rollout, adding an additional 732 sites in the period, a growth of 50% which reached 63% coverage. The target is to cover the whole country by end of the financial year.

“We also continue to accelerate our digital transformation and agile agenda. We believe our continued focus on digital engagement with customers will enable us to enhance and simplify our customer service offerings,” he said.

“As I announced last week, we are making a commitment to be Simple, Transparent and Honest in everything we do as demonstrated by the launch of our simplified plans and customer journey,” he said. 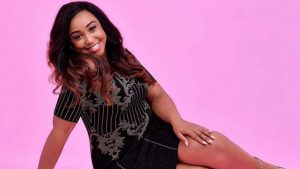